Why architects keep designing with concrete

Concrete has always been accessible and plentiful. According to Globeandmail.com, concrete is linked to the very concept of democracy, applicable to both institutional buildings and housing. Boston architect and author of Heroic: Concrete Architecture and the New Boston, Chris Grimley, says the material is “expressive, monumental and got a civic aspiration”, which is one of the reasons why it’s often seen as the building material of choice for everything from city halls to public libraries.

From civic buildings to architectural wonders
Chris Grimley, together with Michael Kubo and Mark Pasnik, met with the Boston Preservation Alliance to preserve Boston’s city hall, which has been a point of contentious debate among both architects and residents. The three men are founders of the Heroic Project, which represents the concrete structures that highlighted the era from the founding of Boston.

During this time, concrete provided an important set of architectural opportunities and challenges for the design community, which fully explored the material’s structural and sculptural qualities. Boston was shaped by some of the world’s most influential architects: Breuer, Catalano, Yamasaki, Gropius, Pei, Rudolph, Sert, and many other luminaries during this era. 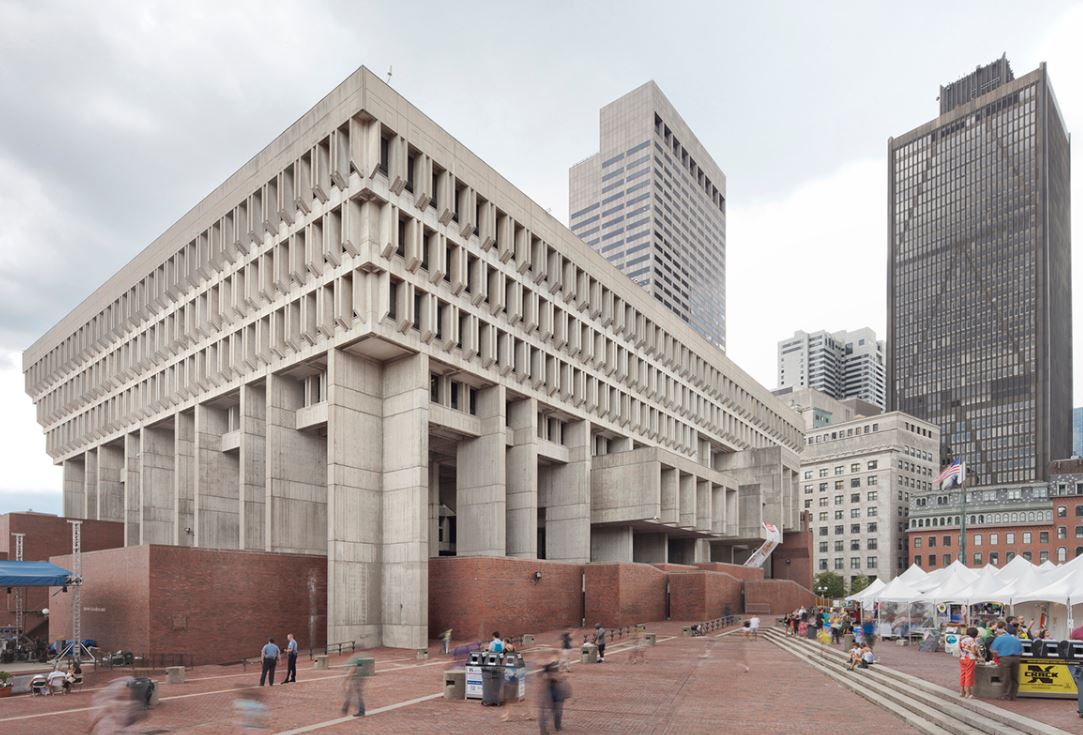 Boston’s City Hall has been a point of contentious debate among both architects and residents. When Mayor Menino called for the demolition of City Hall, the gallery teamed up with ArchitectureBoston Magazine and called on young designers to try to reimagine the building in different ways.

Chris Grimley says that when the buildings of Boston were constructed, it was a remarkably civic gesture. “From an architectural standpoint, it’s a really rich and dynamic language of building that a lot of these architects were using. There’s a plasticity and formal interest in making shapes and forms that have remarkable nods to history and to the movement of body. For example, the top of City Hall is a riff on the dentals of a classical building. It’s super-scaled, but the larger gestures point toward the functions of the building, so there’s a real transparency with regard to what’s going on. Over time, people have lost that narrative,” says Chris.

The rise of concrete appreciation
Concrete architecture, however, isn’t loved by all. When asked what he would say to people who find concrete civic buildings difficult to enjoy from an aesthetic standpoint, Chris says that it’s important to remember that we’re only 50 or 60 years out from when these buildings were built.

“There’s always a cyclical turning of style in what people like; in addition to that, though, there’s an historical and cultural legacy,” says Chris.

There has been an increased appreciation for concrete architecture. Once reviled by design critics and the public for their unwelcoming facades and hard edges, brutalist structures are now in vogue. Almost 70 years after this style of architecture was born, it has suddenly found an enthusiastic audience again. 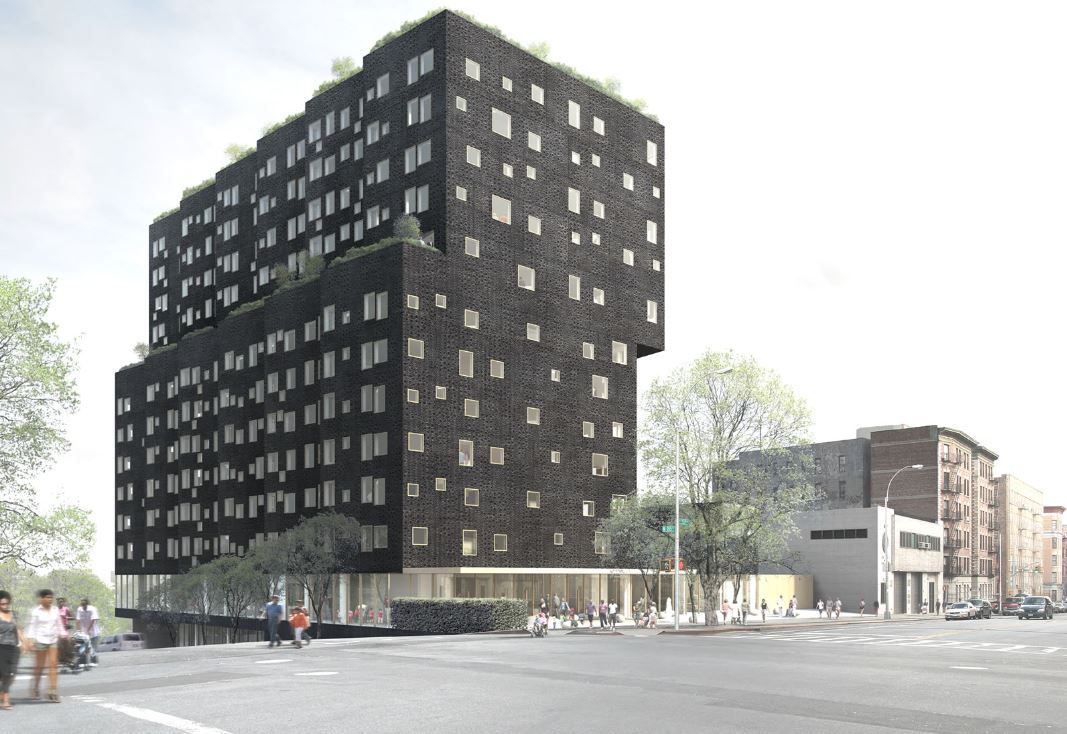 Patterned concrete was used for the Sugar Hill Development in Harlem.

Many contemporary architects are adapting and updating some of brutalism’s core ideas. David Adjaye’s use of patterned concrete for the Sugar Hill Development in Harlem and the Quinta Monroy Housing in Chile, designed by Pritzker Architecture Prize winner Alejandro Aravena, are only two examples of how brutalism is being used in today’s concrete structures. 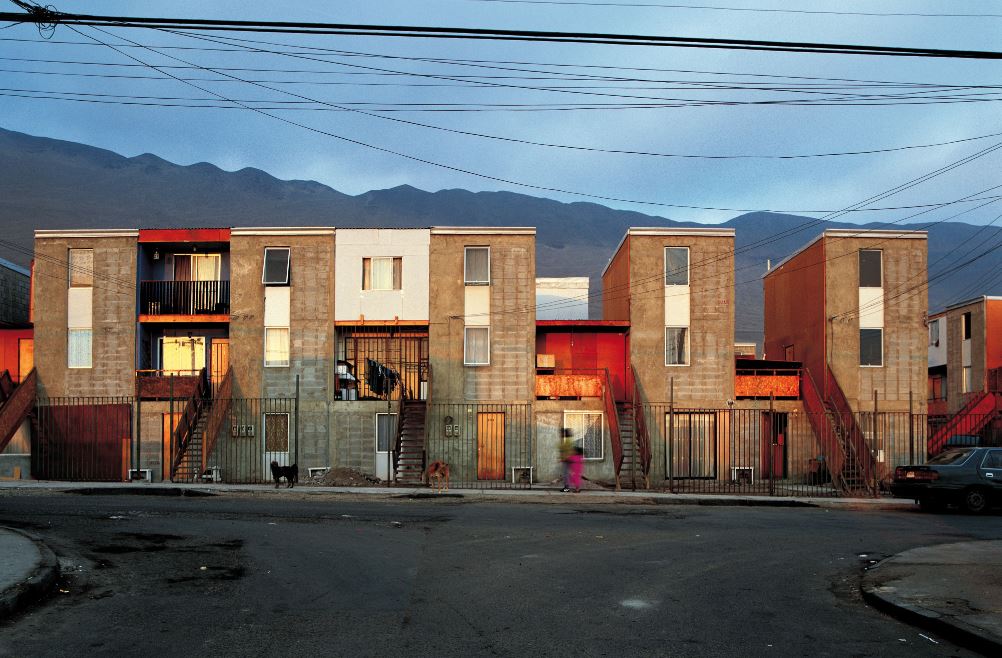 Pritzker Architecture Prize winner, Alejandro Aravena, designed the Quinta Monroy Housing Project. The goal of the project was to settle the one hundered families of the Quinnta Monroy in the same five thousand square metres that they’d illegally occupied for the past 30 years.

Versatility, flexibility and options with structures 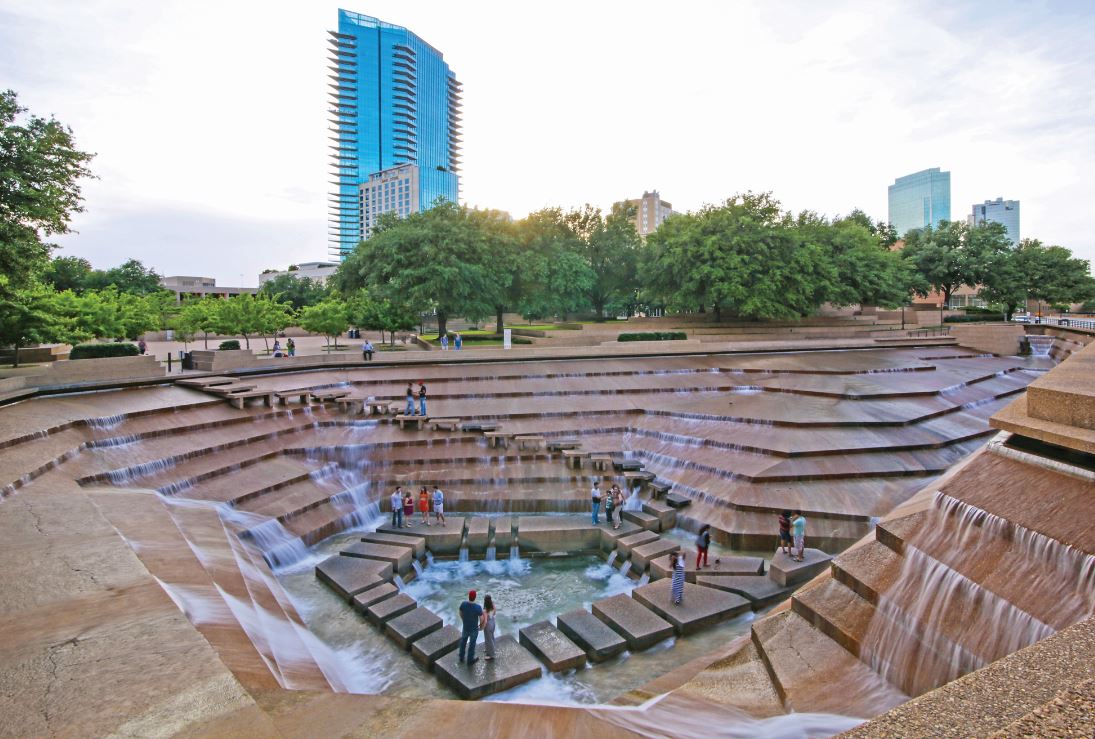 Water Gardens in Fort Worth

The Water Gardens in Fort Worth, Texas, is a very impressive concrete structure. Back in the 1970’s, the movie Logan’s Run used the Water Gardens as one of the settings. The movie was based in the future and the concrete paving and surfaces had the right look and feel for the movie. 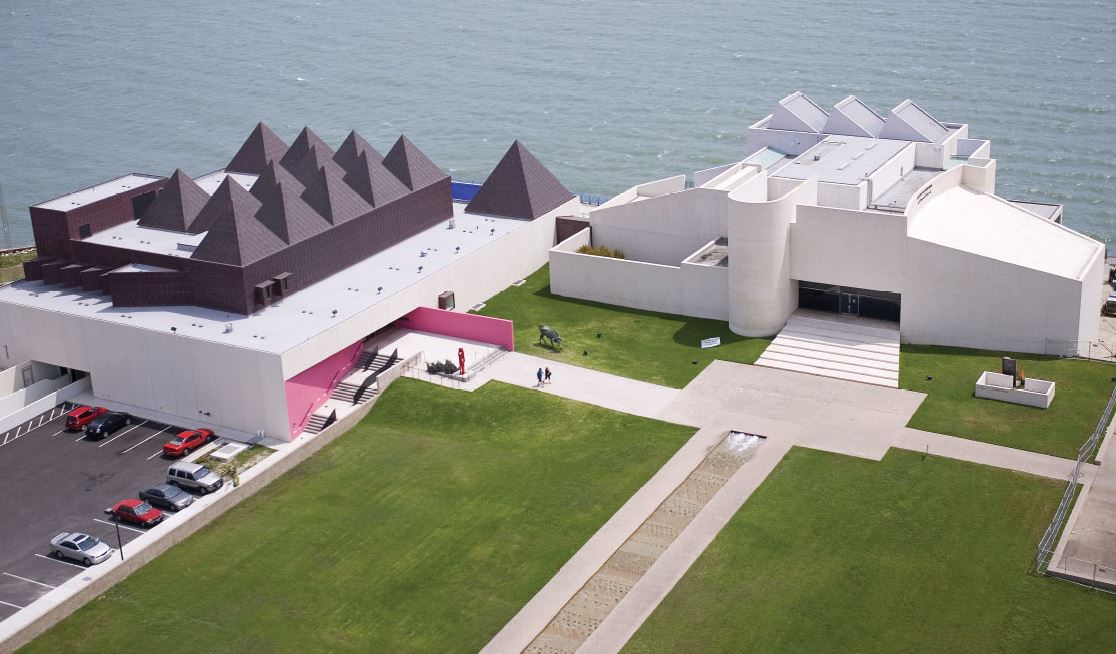 The Art Museum of the South Texas is a landmark in Corpus Christi Bay. The three-level facility was designed by Philip Johnson and is constructed of concrete and shell aggregate.

Today, most architects choose concrete because of the myriad options that the material presents. Jay Shilstone, concrete technologist and fellow of the American Concrete Institute (ACI), says the reason why architects love concrete is because of its versatility and flexibility.

“The thing about architectural concrete is that it gives you all types of options. You can make gently flowing structures, curves, straight lines – there are many different ways that you can use architectural concrete to enhance the artistic properties of a building. We can do all kinds of things with concrete, we are limited only by our imagination,” concludes Jay.

Playtime on top of the world