Where timber buildings can go wrong

Timber frame construction is experiencing a notable upswing globally, with similar movement in South Africa, thanks to its range of advantages and strong appeal for a greener, legitimately sustainable option for building.
However, a recent segment on Carte Blanche highlighted the financial and emotional devastation left in the wake of shoddy – and, by all accounts, illegal – timber frame building practices by a local contractor, which saw structures that were either not safe for occupation, badly incomplete, not delivered at all, or had to be condemned and sometimes even demolished.

The Institute for Timber Construction South Africa (ITC-SA) has spoken out against such practices, saying that these examples are “a blight on the reputation of the timber – and general – construction sector in South Africa and impact negatively on the many contractors who do their work ethically and above board”.

“While every type of construction trade has its unscrupulous builders and ‘fly-by-nights’, the timber construction sector must work double-time to guard its reputation due to misconceptions around the material and a lack of awareness regarding some aspects of the trade and by the general public around its suitability for a host of construction applications,” says Werner Slabbert Jnr, director on the board of the ITC-SA. 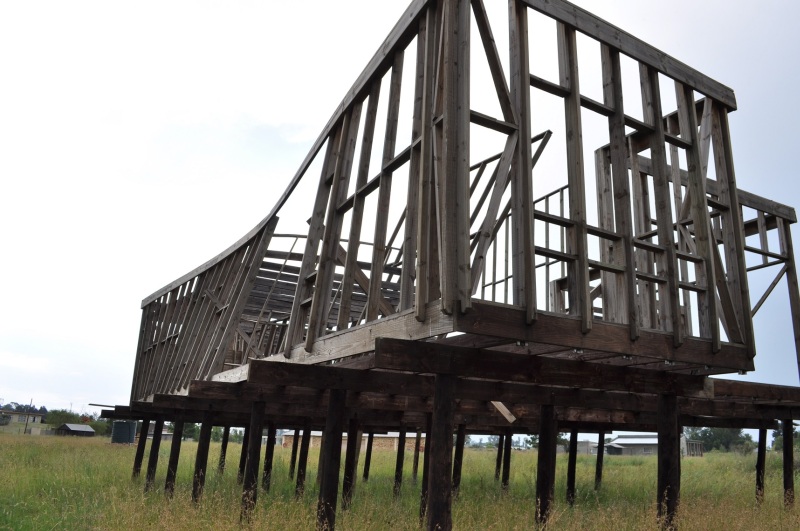 An example of a timber structure visibly not built to standard by an unscrupulous contractor. The structure had to be demolished and a new structure built from scratch.

Red flags to avoid
“In one example, the house plans had been approved and the engineer had signed off on these, but the structure was not built accordingly or in line with the National Building Regulations,” says Slabbert.

“Built to standard (SANS 10082), a timber frame structure is as safe, strong and durable as any other structure, but this has to reflect in the actual construction as well as in the plans; intent to build correctly has no bearing on the final product. In this case, the engineer admitted that he had signed off without reviewing the corrected work and subsequently withdrew his certificate. Once an engineer issues a certificate, it cannot be withdrawn. It is the responsibility of the engineer to inspect and assure structural stability of a structure before it is signed off,” he adds.

In tough economic times, it is also tempting to make decisions based on pricing, Slabbert cautions. “Don’t go for the cheapest quotes when enlisting the services of a timber frame builder. Timber construction should be seen as an investment and not a cheap alternative. You can bargain on a timber frame home pricing in at about the same as a brick and mortar home built to the same standard; anything significantly lower should be treated with caution.”

Trust the experts
“Timber frame building remains highly competitive in the construction arena and, executed correctly and in line with the National Building Regulations, ticks all the boxes for the homeowner and property developer looking for a solid, reliable, sustainable and beautiful building option that lasts,” Slabbert concludes.

For more information or guidance on timber projects, please contact the ITC-SA.

Caption main image: A structurally sound, sturdy and aesthetically pleasing timber frame home built according to the National Building Regulations and in line with all necessary checks and balances by an ITC-SA-accredited Timber Frame Builder Member.