After four years of tireless toil, the new Fourways Mall has been officially unveiled to the public on 22 August 2019 – a proud result of thoughtful planning and hard work by Accelerate Property Fund (APF) and its development partners’ multibillion rand investment. The initial goal of the project was to turn Fourways Mall into the ultimate shopping and entertainment destination in the north of Johannesburg. It is safe to say that this goal has been achieved – and some more!

The all-new shopping and entertainment complex boasts a gross lettable area of 178 000m², and is home to more than 450 stores. According to APF’s plans, this will later grow to 200 000m² with the launch of French home improvement mega-retailer Leroy Merlin, with its box, to be linked to the main mall, currently under construction.

“With the extension and additional retail space supplied, the Fourways node will be the most dominant retail market in South Africa. It will further contribute to solid tenant retention, which is now comfortably above 85%, as well as declining vacancy levels across APF properties, which dropped from 10% in 2018 to 9% in 2019,” says Andrew Costa, COO of APF. 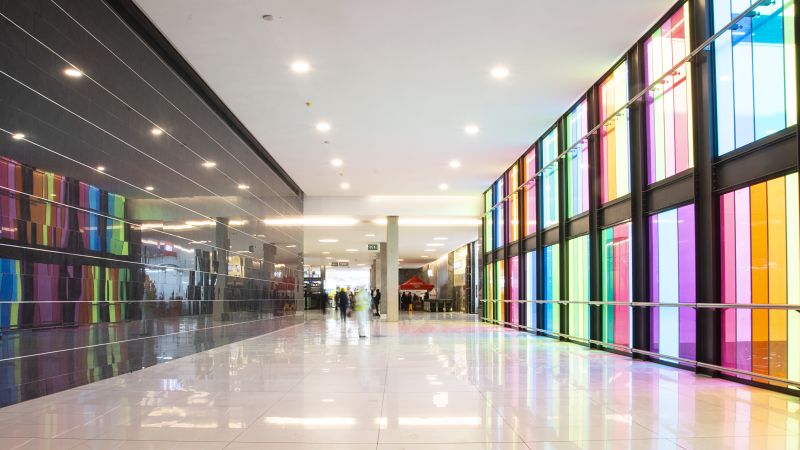 The architectural and overall functional design of the new mall is truly breathtaking, from sandblasting effects and nautical themed lights to help light the way in the evenings, to soaring ceilings that have been crafted to allow in as much natural light as possible during the day.

The mall is also the first of its kind in South Africa due to the fact that the contractors made use of a special precast concrete solution for most of the concrete work – there is a total of 24 016 precast concrete elements in the design! The solution was created by AfriSam, the project’s preferred cement provider. 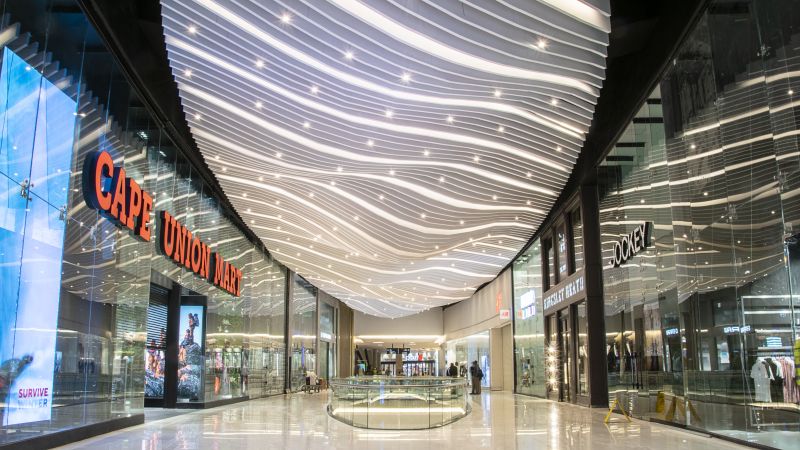 The mall is home to a total of 450 stores, with brand new tenants including Lindt, Hamleys, Cotton On, Nike, Adidas and Starbucks.

What shoppers can expect

Shoppers will undoubtedly be looking for the type and calibre of retailers that have taken up residence within the newly renovated mall. The good news is that they definitely won’t be disappointed. Plenty of sought-after stores were added to the mix, adding to the already existing favourites!

New local and international stores such as Lindt, Hamleys, Cotton On, Nike, Adidas, Starbucks, H & M and Exclusive Books complement the extensive food court and entertainment offerings. Shoppers who are already familiar with the mall’s offerings will also be thrilled to learn that many existing tenants, including Mr Price, the Foschini Group stores, Edgars and Woolworths have all expanded their stores in an effort to increase and diversify their offering. 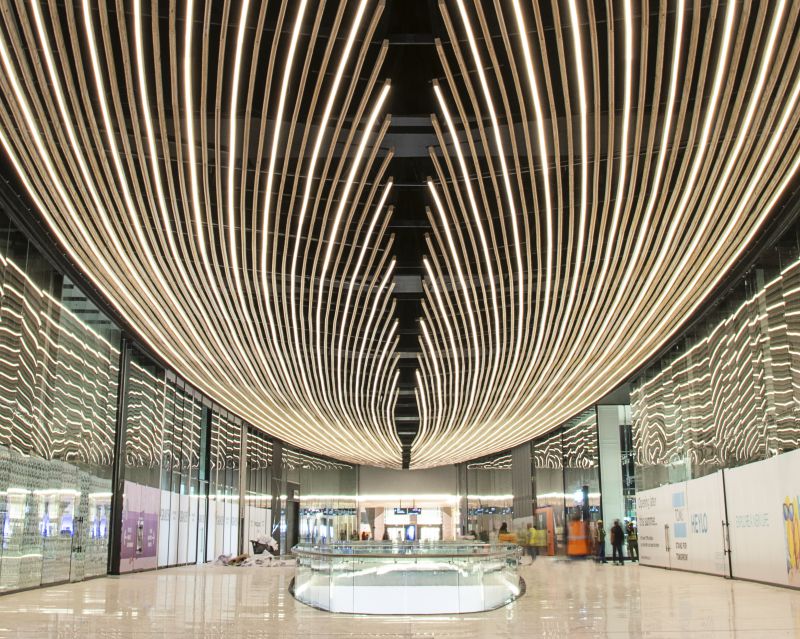 All new and expanding stores will be the first of their kind in South Africa, introducing concept store offerings that will be exclusive to Fourways Mall.

“People say retail is dead, but it’s most certainly not,” says Marlene van Rooyen, managing director of Media in Africa and editor of Walls & Roofs magazine and Floors in Africa magazine. “It’s changing to be more of an experience. Fourways Mall is leading the pack when it comes to ‘experience stores’. For example, Foschini now boasts a spa inside, exclusively for use by their female customers, and there is now a Mugg & Bean in the Edgars store itself, where people can grab something to eat and have a meeting,” she adds.

Shoppers across Johannesburg are all encouraged to take part in the experience at Fourways Mall and share their thoughts, comments and pictures on the mall’s Facebook page: @FourwaysMallSA.