The MARC: Crafting the geometry of The Jewel facade

The golden spherical façade that marks 129 Rivonia in Sandton is not only a landmark in the city, but is also the first of its kind for South Africa, having posed a geometric challenge that pushed the façade teams to a new high.

The Jewel forms part of the 15 000m² MARC (Maude and Rivonia Corner) precinct, developed by Eris Property Group where the old Village Walk stood previously. Designed by Boogertman + Partners, the mixed-use development consists of The Jewel and “jewellery box” – a twelve-floor commercial tower which is owned by MMI, and the 17-floor tower occupied by legal firm, ENS. At the bottom, a retail centre comprises of restaurants, supermarkets, specialty stores, fashion outlets, a gym and medical suites.

WALLS & ROOFS in Africa magazine spoke to the façade engineering team from Arup, who came up with a first-of-its-kind aluminium façade system to suit this project and the façade contractors from Geustyn & Horak, who were responsible for putting together the rows of triangles on the globular form. 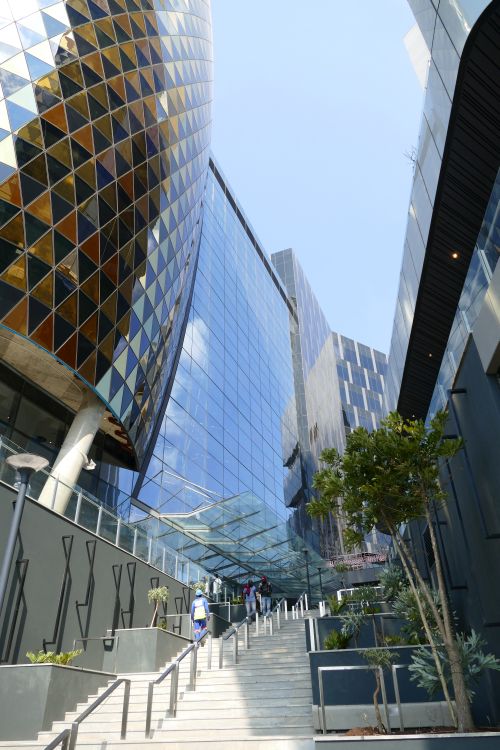 The MARC precinct consists of The Jewel and “jewellery box” – a twelve-floor commercial tower (on the left), and a 17-floor tower occupied by legal firm, ENS (on the right), with a retail centre at the bottom.

Forming the golden egg
“The geometry was quite a challenge,” says Rudolf le Roux, senior façade engineer at Arup. “Defined as an egg-like shape, we needed to get it to a place where it became manufacturable. Therefore we needed to rationalise the shape, define it mathematically and understand the composing arcs and lines that form the geometry that ultimately makes up the building as it is today.”

He explains that in the plan the building is not completely symmetric, since the north side has a sharper nose while the south side has a wider, softer arc. The Arup team approached this challenge by approximating the architectural shape, using three arcs to define it in the plan.

“Looking at the symmetrical east and west sides, we started with an arc with a small radius on the north and one with a bigger radius on the south, and then a third arc with an even bigger radius joining the two sides. But we noticed that where those arcs met, there was a sudden change in curvature on the surface directly related to the change in the radius of those arcs, which, if we proceeded on that basis, would have led to visible stich-lines on the surface. So, using the same principle, we added more and more arcs until we ended up with 14,” Le Roux explains.

A spiral of arcs
Matilde Tellier, who is part of the Arup façade team, came up with the idea of defining the geometry as a spiral shape, which was approximated as a set of tangential arcs that gradually changed. This made the movement from one radius to the next unnoticeable, assisted by the fact that the differences in the arc radiuses also became much smaller by adding more arcs.

This spiral geometry was then set up in a parametric model which was given to the architects and provided a type of live model that would immediately update when changes were made to the arc length or radii of the arcs, and ultimately the resulting shape of the building.

The lack of repeatability
Moving from three arches to 14 though, had a big impact on the installation of the façade, according to Le Roux. “Dividing the original three arcs into equal lengths would have had the benefit of repeatability, with all the triangles fitting within an arc being identical,” he points out.

“Going the route of 14 different arcs meant less repeatability and increased cost, because with every step from one arc to the next, the size of the triangles changed, but it also gave a much better aesthetic.” 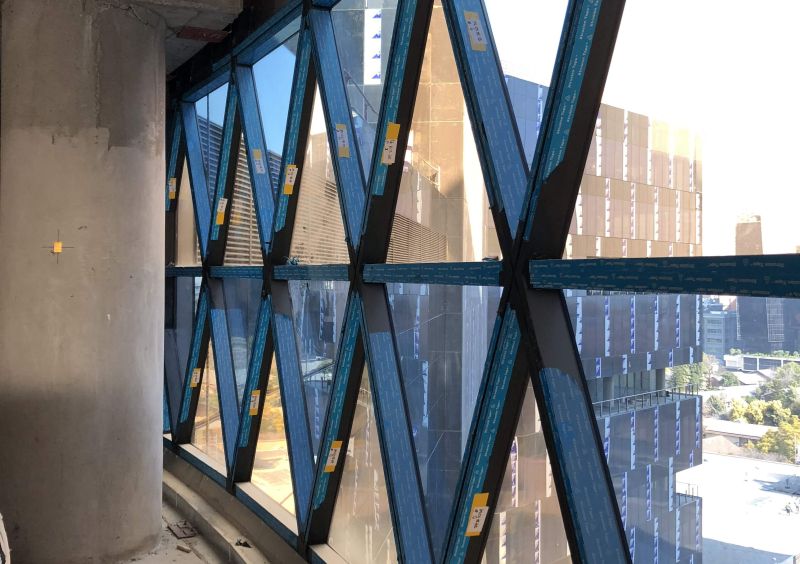 The joints, where the aluminium triangles form an ‘X’, were waterproofed neatly to ensure a seamless, sealed finish. Courtesy of Arup

Another point of innovation came in the manufacturing of the façade structure. Unlike a flat unitised façade system with panels stretching over a floor height and preinstalled brackets on the floor slabs, Arup had to come up with a way to accommodate the different triangular pieces in warped, curved panels that could be fixed to the building.

“After much brainstorming, Tellier came up with the idea of interlocking panels,” says Le Roux. “Essentially, you start with a row of triangles that is fixed to the slab. This is then followed by dropping a diamond shape (two triangles that are fixed together) into the bottom row of triangles. To finish up one floor height, another row of diamonds is inserted and finally a row of upside down triangles completes the sequence. So instead of having one panel per floor, The Jewel has four panels per floor – something that we are not aware of that has been done before, and definitely not in South Africa.” 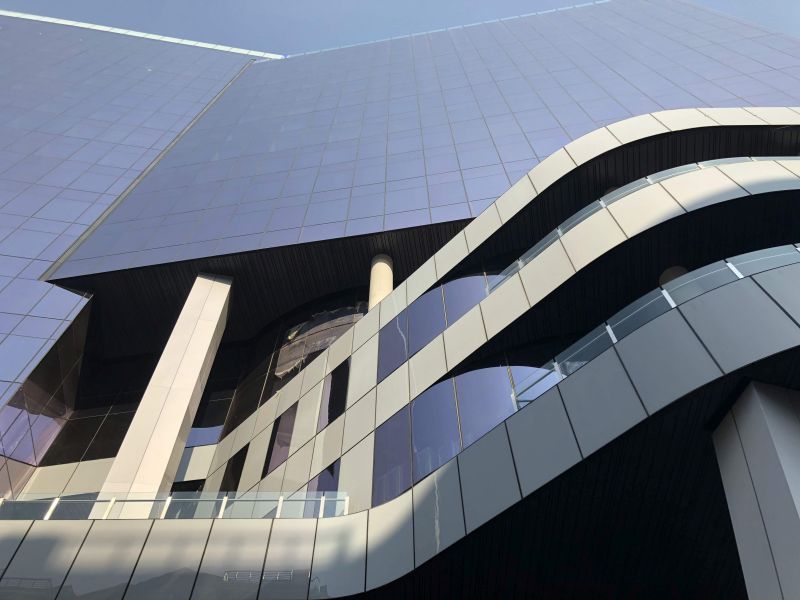 Curved balconies on the ENS Tower as seen from Maude Street. Courtesy of Arup

Does it work?
To ensure that the façade system would keep the elements out as intended and determine whether it behaves similarly to a standard building façade, the newly designed system was subjected to air pressures and water spray at the SABS lab, and ended with positive results.

Installation: Building the puzzle
According to Jan-Petri Marais from Geustyn & Horak, the big number of variances was in fact the biggest challenge on the project. “In the middle of the building, the triangles were more or less the same shape and size, but especially at the top and bottom of the façade, each triangle was unique. Therefore, ensuring that the right aluminium frame is paired with the right piece of glass and installed in the correct position in the building demanded faultless teamwork between designers, fabricators and installers, with no room for human error,” he explains.

“In addition, the whole building had to be completed in only about seven months, which meant that we had to complete two floors every month, fitting about 240 triangles in a week.”

Geré Sadie, who managed the onsite installation for Geustyn & Horak, adds that the team had to reinvent their installation process. “It was a learn-as-you-go process,” he says.

“We had to start off by building full scaffolding around the building in order to be able to set out the brackets at both the bottom and top of each slab, each one at a unique point.

“This was then followed by the installation of the triangles. The first two or three floors were slightly slow, but once we got going, work progressed quickly and at times we were two to three weeks ahead of the programme. The challenge of working at such a fast pace though, was to keep track of the numbers to prevent making mistakes or skipping a piece, as well as to maintain good quality work.

“For example, it was very important that the joints on the inside line up and that where the aluminium triangles form an ‘X’, that the waterproofing was done properly and neatly,” he states.

Impressively, out of a total of 1 950 triangles and as many diamond glass panels, not one piece of glass had to be sent back because it wasn’t made correctly or didn’t fit. In fact, The Jewel façade puzzle came together with only five breakages out of a total of 3 900 panels. 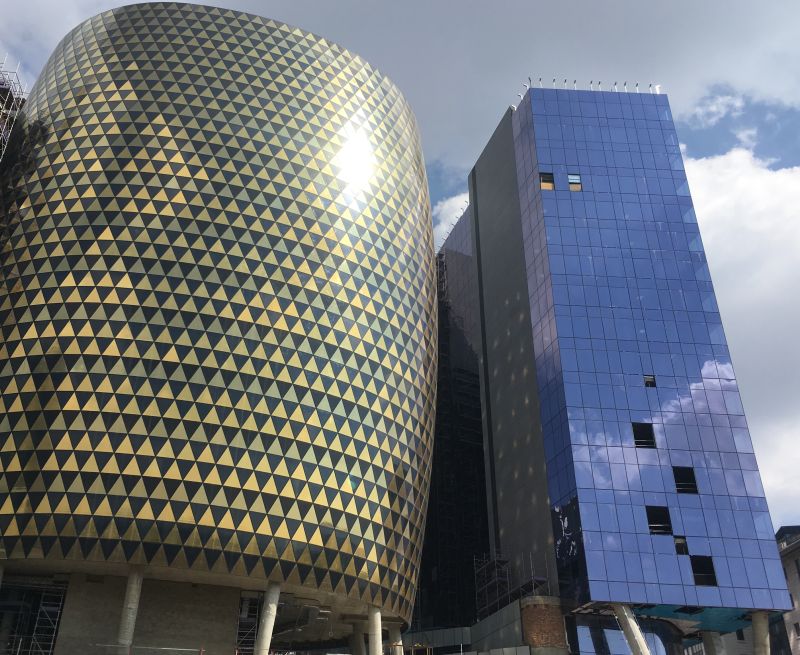 Gold and grey glass panels alternate to enhance the unique pattern of The Jewel’s façade. Courtesy of Arup

Cutting the shapes
Another complex aspect, highlighted by Marais, was the cutting of the aluminium, due to the variances in shape – pretty much every triangle and diamond were different – as well as the intricate way the members came together and because many of the profiles had very sharp angles.

If someone had to work out how to cut each piece of aluminium and how they come together, it would have taken years. To address this, Arup tried to automate the process as much as possible. 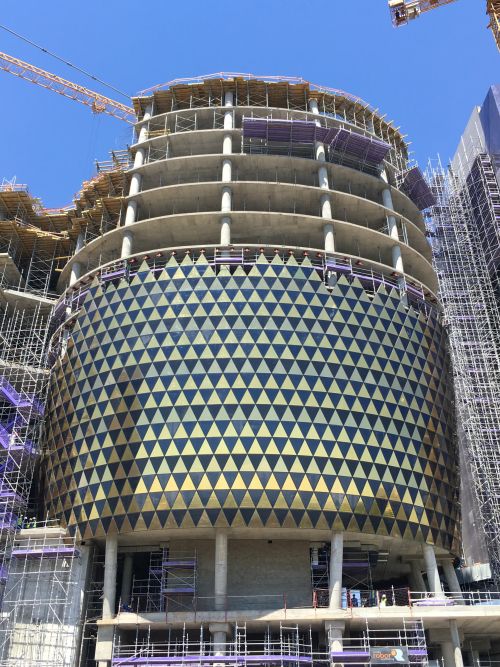 After setting out brackets at unique points at the bottom and top of each slab, a row of triangles were fixed at the bottom. This was then followed by dropping a diamond shape (two triangles that are fixed together) into the bottom row of triangles. Another row of diamonds is then inserted and finally a row of upside down triangles completes the sequence of four panels per floor. Courtesy of Geustyn & Horak

Progressive software
“When we worked with Geustyn & Horak on the twisting building for PwC in Waterfall, we started the process of modelling the façade in detail in 3D and from there generated production drawings that were used to assemble the panels. To this end, Geustyn & Horak used Tekla, software typically used for steelwork detailing,” says Le Roux. “On this project, we even took it one step further. Using the parametric model of the façade, scripted in Grasshopper, we automated the 3D modelling of the framing members to speed up the process.”

Interestingly, at about the same time The Jewel project kicked off, a new software plugin, linking Grasshopper and Tekla was released. Although not every single part of the process could be fully automated, the major part of cutting the various aluminium profiles at the ends was done through this automated process, which significantly cut down on time.

The atrium interface
Finally, the façade was completed by linking The Jewel to the “jewellery box” tower via a steel structure enclosed with glass. The steel of the atrium penetrates the glass of The Jewel’s façade and the two different systems were joined with 23 variants of copings that fit into every frame.

In addition, the glass canopy at the entrance is sloped to enable controlled water run-off.

Super-size glass panels
Although the installation of the façades on the other two towers was pretty straightforward compared to The Jewel’s façade, the ENS Tower required some heavy lifting with modules of up to 1,9m x 3,8m, weighing between 350kg and 480kg. For the double volume near the top of the tower, between levels 15 and 16, the frames had to span over two floors over the same widths, with the heaviest frame weighing close to 800kg. 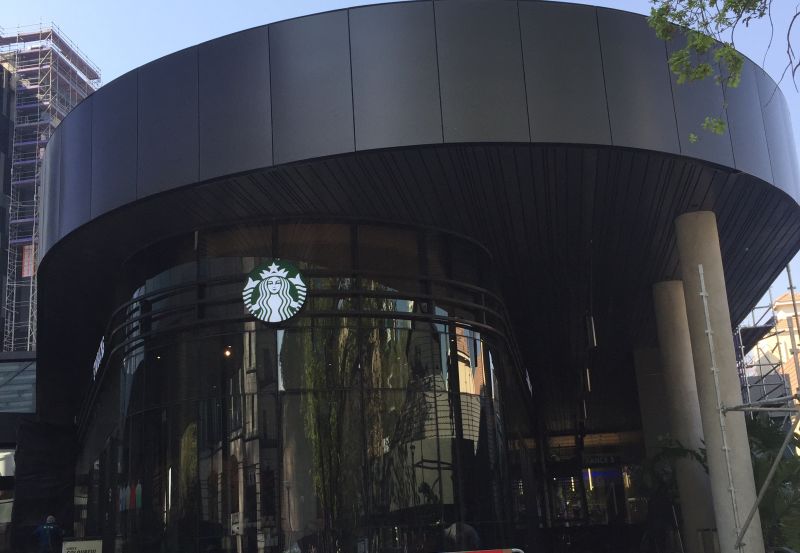 The retail centre at ground floor level of the precinct comprises of restaurants, supermarkets, specialty stores, fashion outlets, a gym and medical suites.

A one-of-a-kind experience
“In my 13 years working at Geustyn & Horak, The Jewel and as a whole, The MARC, was one of the most difficult projects that I have ever done. It was a first-of-its-kind project with everything being a challenge – three towers, each with a different programme, a bespoke aluminium façade system that had to be designed and a new installation process, yet we completed it exactly on base programme and it looks fantastic,” says Sadie.

“What was really great about this project, especially after having completed Sasol’s new headquarters in Sandton and thinking that nothing can top that, was that The Jewel was another step up. One often puts yourself in a box, thinking that you have reached the ultimate, and before you know it, the next big thing arrives. And at Geustyn & Horak, we are up for the challenge,” he concludes.

Full thanks and acknowledgement are given to Geustyn & Horak and Arup for the information given to write this article. 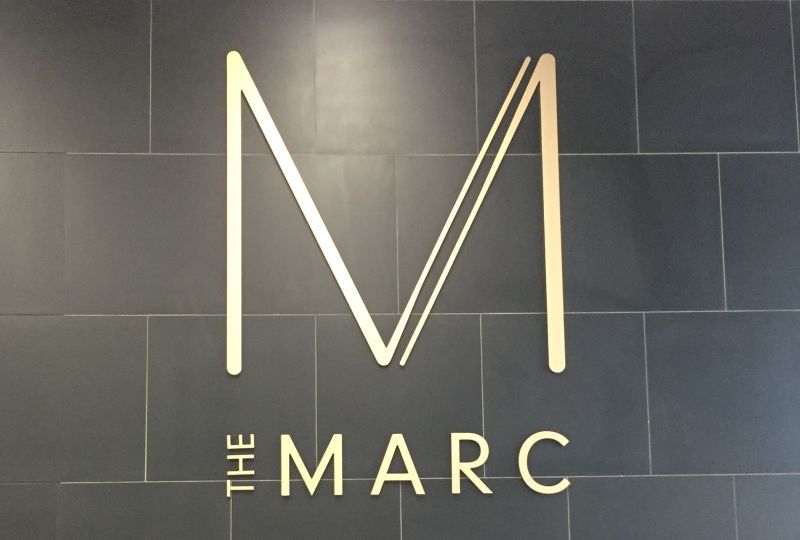 Olé! Are you ready for the Spanish invasion?