History played a major role in Robert Konieczny from KWK Promes’ design of The National Museum in Szczecin – The Dialogue Centre Upheavals, which was named World Building of the Year 2016 at the World Architecture Festival.
During World War II, the German population of Szczecin was displaced and the site of the museum, formerly an urban quarter, was destroyed. After the war Szczecin became a Polish city and an empty square remained at the site of the former quarter. Since another incident in 1970, where 16 people lost their lives during clashes with the militia, the square has become a symbol for the fight of freedom.

Urban hybrid building
The new museum built at this site therefore depicts the young history of the city. The building combines a meaningful underground exhibition area with a large pedestrian-friendly public space on its sloped roof that can be utilised even when the museum is closed. The building was sunken so as not to distract from or block the view of the iconic Szczecin Philharmonic building – the winner of the 2015 Mies van der Rohe Award – which overlooks the square.

To achieve a monolithic look, the use of precast concrete characterises the design. The opposite corners of the square are raised, one side containing the museum and the other a hill that separates the square from the busy street.

On top
The sloped topography of the square encourages skateboarding or sledding, and is also enjoyed by bikers and roller-skaters. It is also often used for annual ceremonies, open-air concerts and summer movie nights. Szczecin citizens also gather in the square for celebrations, as well as to express their opinions. 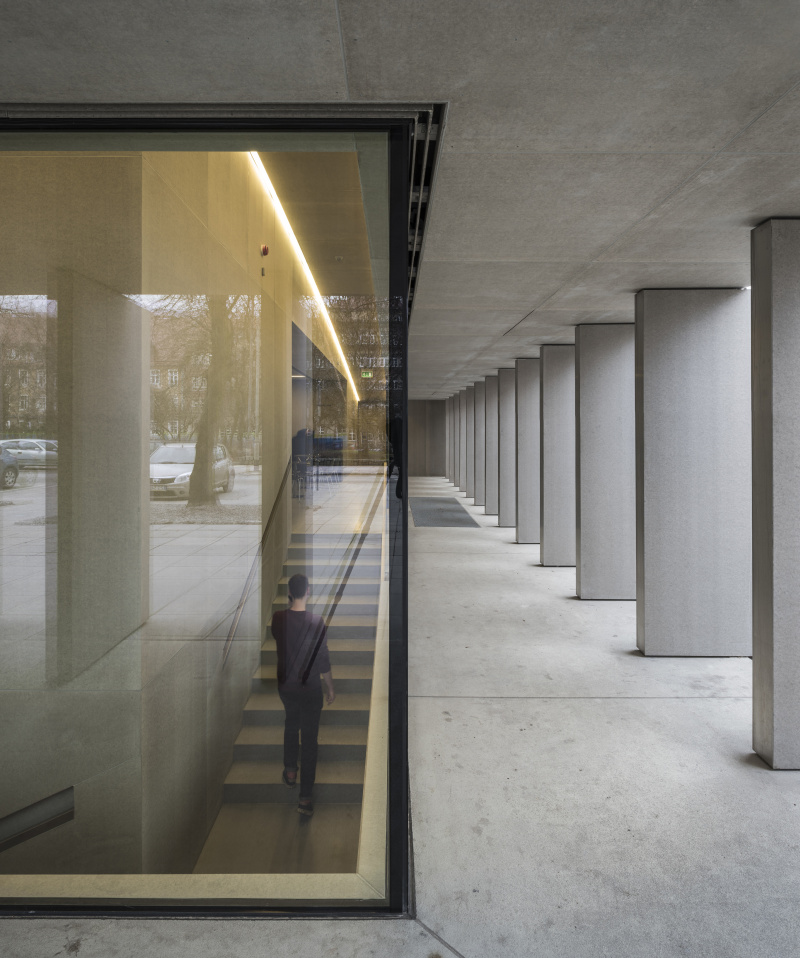 Beneath the square
A stairway from the entrance level leads down into the exhibition space, which contains the memories of the city post-1945. But instead of displaying overwhelming scenography, the interior designers opted for art, which led to the historical museum becoming an art museum.

Simple yet meaningful
The jury commented that Konieczny’s design “enriches the city and the life of the city. This is a piece of topography as well as a museum. To go underground, is to explore the memory and archaeology of the city, while above ground the public face of the building, including its undulating roof, can be interpreted and used in a variety of ways. This is a design which addresses the past in an optimistic, poetic and imaginative way.”

Full thanks and acknowledgment are given to The National Museum in Szczecin, KWK Promes and the World Architecture Festival for the information given to write this article.

Geared for a green future

Choosing the right floor for industrial or retail