Remembering a legend: The life and work of Gawie Fagan

The news of Gawie Fagan’s passing on 13 September left a major void, not only with his loved ones, but with everyone that had the pleasure of working with this man. His infectious passion for life and everything he busied himself with was pure and sincere. He was truly one of a kind – a person of enormous value.

Looking back on a legend

When looking back on Gawie’s career as an architect, one re-appreciates his unique contribution to South Africa’s cultural life on various fronts. He brought renewal and inspired appreciation for the historical heritage. Ethics and integrity were non-negotiable to him.

His work is a celebration of his creative spirit and a testimony of his humanity. It is bold and it inspired many, yet he remained a humble giant of the architectural world.

Fagan’s work includes close to 200 restorations of historical buildings and an impressive list of modern designs. And even in his nineties, he was still active with innovation and new concepts always top of mind, thanks to a voraciously enviable zeal.

Gawie stood head and shoulders above many in his time, as his dedication to detail coupled with an unwavering discipline to artistic and aesthetic awareness earned him the reputation of architectural excellence. His international recognition and honorary doctorates did not stop Gawie being beyond passionate about making a valuable contribution.

In 1964, Fagan opened his Cape practice with his first major assignment: to restore the historical farmhouse la Dauphine in Franschhoek, which earned him the first of many awards from the South African Institute of Architects.

This was followed by the restoration of Tulbagh’s Church Street and Drostdy following the devastating earthquake in 1969. Shortly thereafter, he was commissioned to restore the presidential headquarters, Tuynhuys and next, the Cape Castle – a project that lasted 32 years.

Gawie’s ideas concerning connecting architecture with natural landscapes were revolutionary. He also made an enormous contribution with his restoration work on numerous Cape Dutch historical homesteads, which have since been internationally recognised as architectural cultural assets – and are still hailed by both local and international architects.

A formidable and loving partnership

Gwen, his wife and business partner, played an instrumental role as historical researcher and landscape planner at Gabriël Fagan Architects. Together they shared a love for designing new buildings as well as restoring old ones. Their work was underpinned by solid research, which they always recorded in full, and today has become the foundation for many reference and research projects and theses. 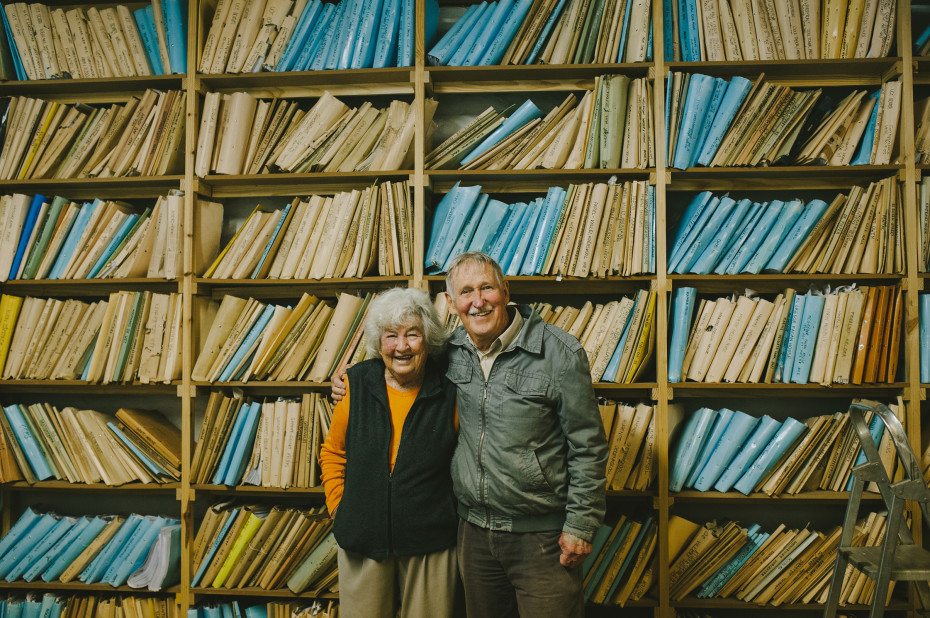 Fagan’s involvement in our historical heritage did not stop him from creating many impressive modern buildings. This experience inspired his contemporary designs where attention to simple structures, his awareness of each building’s spatial context and the frequent use of local materials are all characteristic of his style, which features a playfulness in detail and plasticity in shape.

An entire range of books featuring their architectural work, written, produced, illustrated and published by themselves has appeared in recent years. Many of the books have been reprinted repeatedly and enjoy continued international success. Only last year, he prepared a text on the theoretical aspects of architecture that is yet to be published.

For Fagan there was only one way to celebrate his 90th birthday and six decades of architectural production – by starting with the 9-storey Breë-Bloem building complex he wanted to set up on his own premises in Breë Street. His designs were submitted and are currently awaiting approval from the Cape Town City Council.

This man’s unquenchable and eternal youth made him an enthusiastic motorcyclist. His gift for friendship meant a diverse group of people made up their circle of friends. Artists such as Erik Laubscher, Stanley Pinker, Claude Bouscherain and Marjorie Wallace were all part of their inner circle of friends. He was also a musician and regularly played his beautiful piano that is part of his studio.

For this couple, no challenge was ever too big!

Three years ago, they wrote their biography, mapping the past seven decades of their lives. Gwen lovingly authored the overview of her famous husband’s national and international architectural achievements and talks about their colourful and adventurous life. Titled Gwedonline’s Gawie, it is one of the most remarkable stories featuring a man who thrived on challenges and adventure and who was still working full-time up until the Covid-19 lockdown was implemented.

Gwen says, “I remember Gawie often telling me that everything felt like it was all interwoven and how important it is to manage and use one’s time and energy effectively.”

After his 90th birthday, his answer to anyone wanting to know when he will retire was, “We still have lots of work to do. We are aiming for 100,” said with a sparkle in his eye.”

Beware of fire safety when going off-grid with...

Corobrik-SAIA Awards of Merit and Awards for Excellence