For decades, from the start of insulating the building envelope, specifiers in the industry have often been misled by false claims.
When SANS 204 was introduced, insulation went from being a nice-to-have to a must-have. But many saw this as a get-rich-quick opportunity and the new “gold rush” was on. So-called specialists came out of the wood works with biased claims, multiple products were offered as solutions and more selling was done on what other products can’t do. As more tenants were seeing the financial rewards of reduced energy costs, the drive to insulate gained momentum, but so did the misleading representation of products.

As the world gets smaller with the advancement of the Internet and social media platforms, there is a massive data base of technology that is easily shared. This means that false claims can spread quickly, but they can also be discredited by the push of a button.

Today we are faced with setting the record straight by educating specifiers about installed values versus laboratory results. Nature’s elements are not all present in the protocols of testing and some product tests vary differently to their actual performance in installed applications. In addition, some test conditions may favour certain products which don’t perform as well in practice.

Closed-cell rigid insulation is a typical what-you-see-is-what-you-get product and wind, moisture and applied thickness do not change its properties. While SANS204 is a great base, it is not fool-proof and needs more out-of-the-box thinking when using products.

A local association has now finally raised this concern to the SABS TC 59 SC01 to have installation methods changed, by requiring the addition of a spacer, in SANS 204:2011 and SANS 10400-XA:2011. The question that remains to be answered though, is whether this application will compromise the integrity of fastening clips of concealed-clip roof sheeting?

A typical practice in the United States of America (USA) for under-roof bulk insulation is a retaining net between rafters and blanket laid between rafters, with no compression. However, the majority of commercial and retail roofs are insulated externally. 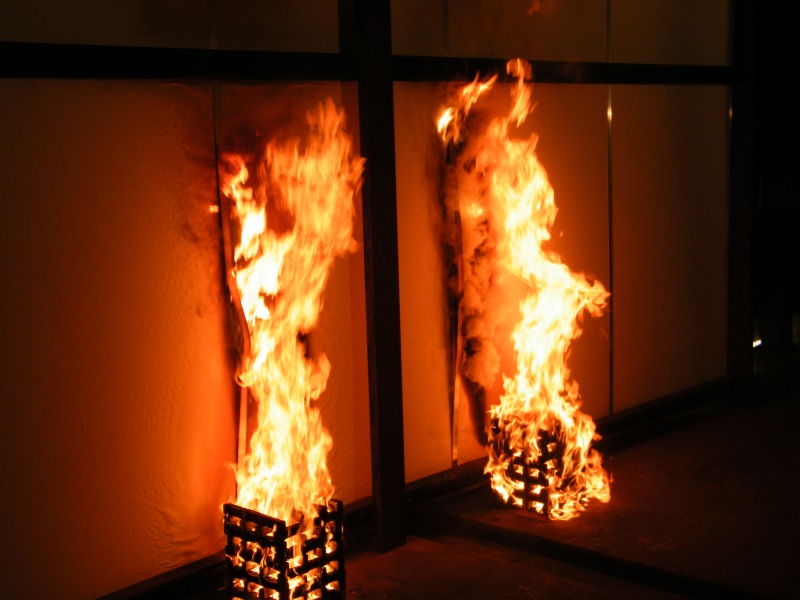 Rational design vs deemed-to-satisfy
When installing insulation, there are two options. Firstly, the deemed-to-satisfy route involves prescriptive values for compliance. These numbers typically favour products with lower insulation values like bulk insulation and radiant barriers, but have also proven to be overkill when rational designs are carried out, which brings us to the second point.

The rational design route involves calculations carried out by a competent person. This formula is set out in 4.2.1 SANS 10400XA, where all layers of the building envelope, including insulation, lighting, orientation of the building, HVAC design and more, are calculated to determine the maximum energy demand. From numerous case studies, rational designs prove that up to 40% less PIR-cored insulation is required than what is prescribed in the deemed-to-satisfy route.

Fire safety – get the facts
Another very important aspect is fire safety. The global construction industry came under scrutiny last year, following the Grenfell Tower fire in the United Kingdom (UK). Lives were lost and families lost their livelihood, all because of bad practice in retrofitting the building. The British Building Council and fire authorities did their investigations and simulated fire tests, using alternative insulation mediums to conclude the cause of spread flame and preventative methods for the future.

Unfortunately, while the investigations were still ongoing, biased specialists and opinionated self-claimed experts came to the forefront and voiced their findings without considering all the facts. PIR insulation mediums were baselessly tarnished.

Experts gave opinion and presentations on the Grenfell fire and findings before the investigation were concluded, meaning that it wasn’t based on facts or final findings from the fire investigations. PIR foam became the centre of discussion, and it was even mentioned that the cyanide gasses released (at temperatures beyond which a human can survive) were the same gasses used in World War II concentration camps.

However, this is not true. For example, Rigifoam’s LAMBDABOARD®, a PIR foam product, passed the NES713 toxicity test and is deemed safe to use in confined areas.

After Building Research Establishment (BRE) completed testing, the common denominator in all failures was found to be the aluminium composite panel (ACM) rain shield, which has a thermoplastic core. Even non-combustible mineral wool and phenolic failed when used in combination with ACM. When the rain screen was changed to an A2 filler polyethylene core, both mineral wool and PIR insulation passed the test.

These findings are set out in a report* from the Ministry of Housing, Communities and Local Government, dated 22 January 2018, which highlights the ACM rain shield panel as a fire hazard on buildings over 18m in height. Of the 312 buildings in England on which ACM panels were installed, 299 failed the BS8414 test standard and replacement projects are on the go.

PIR foam was not to blame for the spread of fire, in fact, as one of the main parts of the FM test uses a cone calorimeter to test the loss of mass of a material when it is burnt, photographic evidence shows the charred PIR foam still in place.

Non-combustibility
All materials will combust if the temperature is high enough. What people need to understand, is the make-up of each product and its application. From the BRE tests it can be derived that even “non-combustible” products will fail if used incorrectly in application.

Thermal insulation is exactly that, these products are not fire barriers and some applications require a highly rated fire membrane to protect the insulation medium. For example, some mediums such as thermoplastics need it in all applications according to international standards.

SANS428 also contradicts itself in a way as the A1 rating and B1 rating have the same outcome in large-scale part 11 – that of “No flame spread <4 000mm”. So while the A certification is non-combustible, a B (combustible) material has the same rating as far as flame spread is concerned. Some B1 products don’t even combust and after the test still have 100% of the initial volume before the fire, while on the other hand, thermoplastic materials have melted away or fallen to the ground, but again obtain the same rating.

Local test procedures and standards are not accepted internationally and the majority of underwriters don’t acknowledge SANS428, as many products fail the likes of Factory Mutual/DIN and BS tests, but pass local ones. I believe it is time for the industry to adopt international tests and standards in order to give specifiers a more accurate understanding of the different insulation materials.

*The report from the Ministry of Housing, Communities and Local Government, dated 22 January 2018, is available on request.

Caption main image: After the fire test, Rigifoam’s LAMBDABOARD® still have 100% of the initial volume before the fire.

Hardwood flooring on a budget

Going for the industrial look? Get the exposed ceiling right

New board can now carry 45kg per fixing