Cosentino, one of the world’s leading brand in quartz surfaces recently launched its Silestone* Loft range. This series of five beautiful new colours was inspired by the industrial loft-style of the mid-20th century.

The loft style, takes its cue from the look of abandoned factories, large workshops and warehouses reminiscent of many of the famous cities around the world, each with a distinctive history and industrial aesthetic reflected in their streets, buildings, urban furniture and interior decoration.

At that time, concrete, cement, beams, pipes and the deliberately unfinished look was a central and popular look within many homes, turning the industrial appearance into an open-plan trend that is still very much evident today.

Iconic cities’ names
Each colour in the Silestone series is named after an iconic neighbourhood of the time.

Camden
The Camden colour is an ode to one of London’s most influential alternative neighbourhoods. Camden reminds us of noodles, sounds like 80s punk, speaks a thousand languages, dresses eclectically and is home to hundreds of artists. Authentic, steely shades and the natural wear and tear of living spaces have inspired Camden, a soft, delicate and consistent grey, with a fine grain and a very subtle white veining. 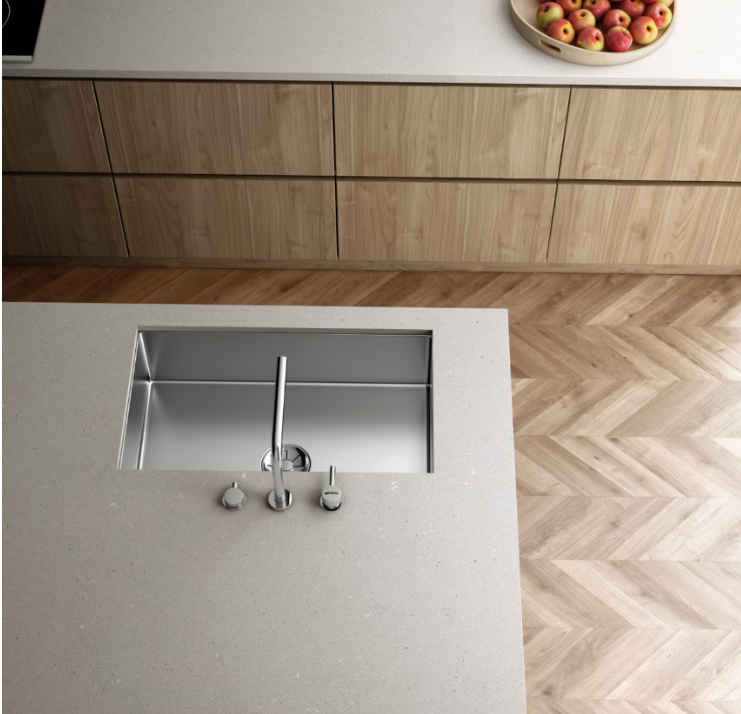 Silestone Camden is a cement grey. It is a versatile, adaptable colour, easy to incorporate with any decoration, thanks to its homogeneity.

Poblenou
Once the epicentre of the industrial revolution in Barcelona, Poblenou is one of today’s most modern and creative neighbourhoods. It has a Mediterranean warmth, with an industrial appearance. It is cosmopolitan, yet suburban. It is family friendly and multicultural. Its old industrial buildings have been turned into fabulous loft spaces surrounded by art galleries, bars and businesses. 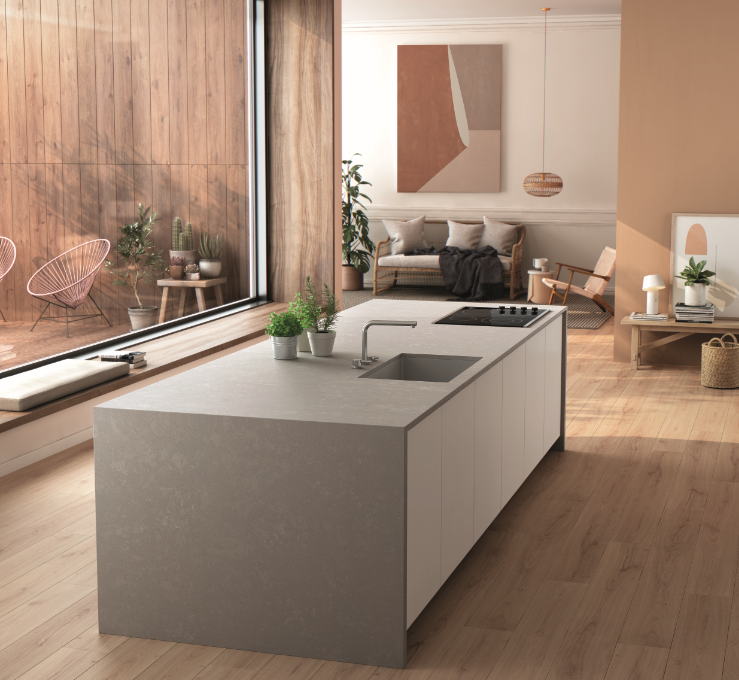 Barcelona’s industrial revolution inspired Poblenou – a warm, shade of grey with very subtle veining on its surface and a sandy background that brings brightness and offers a comforting texture and familiar ambiance.

Seaport
Seaport reminds us of the small seaside district in south-eastern Manhattan, where the past coexists peacefully alongside docks, restaurants and shops. Exposed bricks, worn concrete and wood from the docks form a chromatic range that has inspired this simply breath-taking colour. 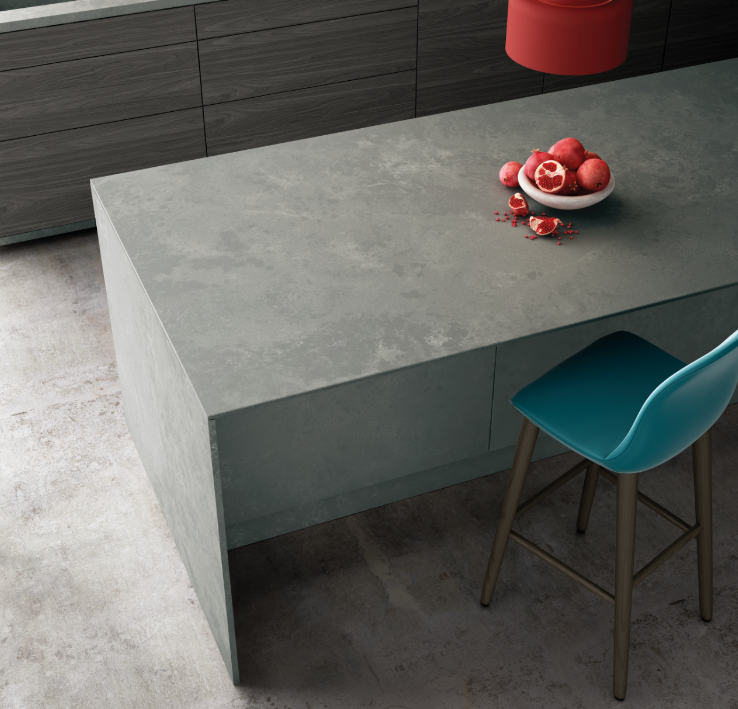 Silestone Seaport is remarkably similar to dark, worn cement, and its striking white shades blend in perfectly with the background.

Nolita
Nolita is another New York inspired creation, specifically by a neighbourhood that was avant-garde even before it was given the name that means “north of little Italy”. In the mid-90s, Nolita found the personality and architectural identity that gives it such a unique and distinctive character. Its streets are authentic and wild, quite different from the surrounding neighbourhoods. 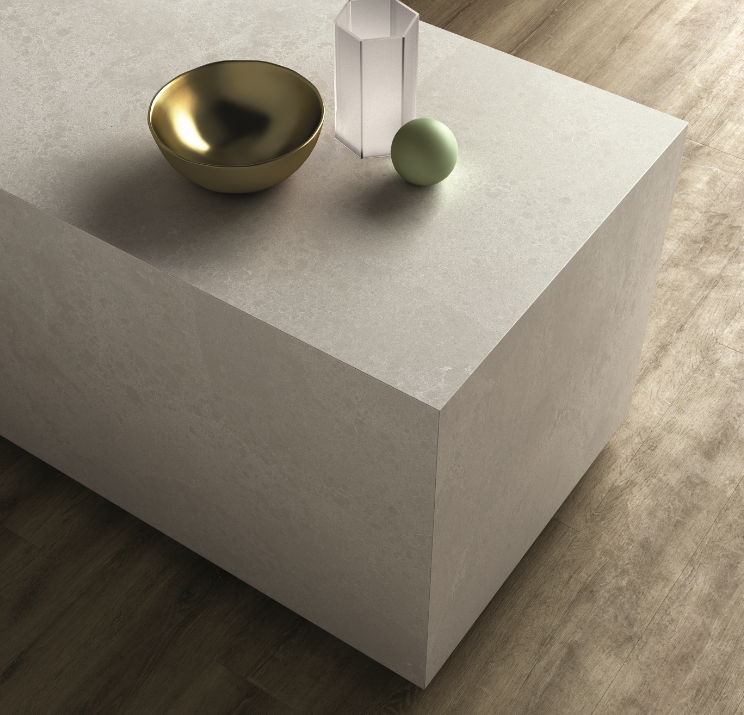 Silestone Nolita, the white shade of the Silestone Loft collection, is cold and industrial. Blended with shades of whites and light greys, it creates an elegant fine line, free of strong contrasts.

Corktown
Silestone Corktown was inspired by the light and shades of a Detroit neighbourhood, which grew up amidst steam, pistons and the sound of engines. A walk through its streets or a glimpse of the iconic Michigan Central Station is enough to recognise its historic industrial splendour. Silestone Corktown, the most intense, solid and deep black of the Silestone Loft collection has a dark background that blends beautifully with intense brown touches and an extra matte finish. 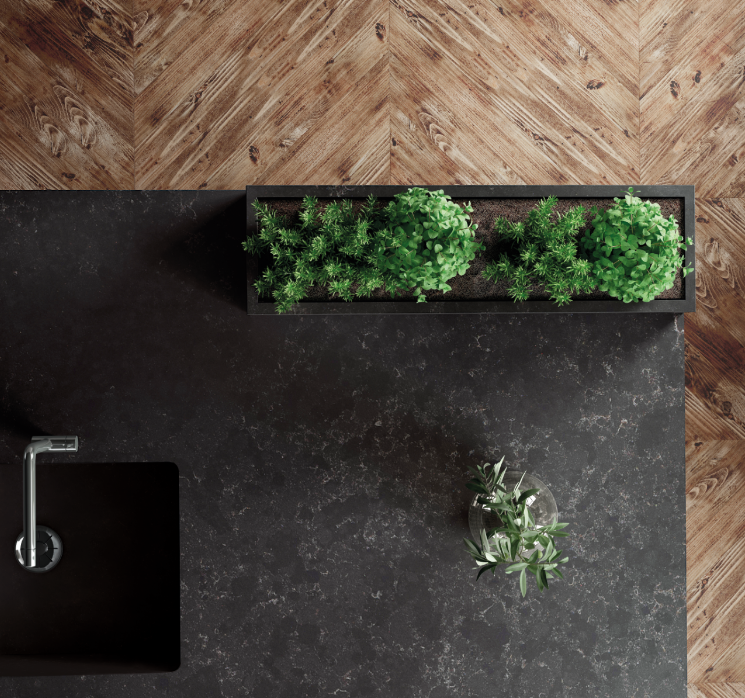 Silestone Corktown effects are reminiscent of worn surfaces that have experienced the passage of time. Character and elegance united in colour.

Caption: Silestone Corktown effects are reminiscent of worn surfaces that have experienced the passage of time. Character and elegance united in colour.

Innovative reuse of raw material
One of the significant new features of Silestone Loft is the use, for the first time, of the innovative and exclusive HybriQ+ technology.

It is a new production process characterised by the company’s commitment to the environment, the circular economy and sustainable management. Thanks to this innovative process, reused raw materials, such as recycled glass, are utilised in the manufacture of Silestone Loft. In addition, Cosentino’s production process employs 98% recycled water and 100% renewable energy.

Furthermore, thanks to HybriQ+ technology, the presence of crystalline silica is significantly reduced on Silestone Loft surfaces. Instead, a hybrid formula made up of mineral and reused raw materials, such as recycled glass, is used. This new composition provides the material with modern aesthetic and design features, while maintaining the quality and beauty of Silestone, as well as its 25-year warranty.

Silestone is a perfect surface for many applications in kitchens and bathrooms, as well as laboratories, hospitals, hotels, restaurants and other professional spaces.

*Silestone is a Registered Trademark

Keep on walking’ just took on a new meaning

Why is wall insulation so important?

Intelligent automation for your home