The days when concrete was seen as a dull and boring material are long gone. Perhaps this perception is the most flawed of all in the world of architecture.

We have spoken with an industry expert in this regard, and carried out some extensive research to unveil the numerous technological advancements in concrete and how these will undoubtedly benefit you when specifying concrete for your next project.

We trust this article will educate and excite you, as we have moved beyond this misconception and it’s time that everyone embraces themselves for what is to come!

Concrete’s past versus its future

A few decades ago, concrete was vilified as the epitome of monotony and environmental destruction. It was the material of mass building – cheap, ugly and mostly built without inspiration. However, the material, and with it people’s attitude and use of it, has changed. Concrete has become trendy, cool and the sustainable “green” material of choice.

It is a material of style and conscience. Today, concrete has become a contemporary and technologically superior product. It allows the widest range of architectural possibilities, both in purpose and appearance. It can also be virtually refined, matt or polished, with surfaces in many different colours and textures.

“From fluid to solid, concrete – or what I would like to call ‘the liquid stone of the 21st century’ – is allowed in the production of crafted forms and dimensions,” explains Daniel van der Merwe, an architect at PPC. “And, when combined with its mass and resilience, it requests free transformations while effectively resolving structural, physical and aesthetic demands.”

He says when concrete is used in such a creative manner, it ceases to be dull, grey or boring, and it is given a soul. In fact, when given the correct choice, it leaves the realm of the purely visual and functional. It transcends and allows introspection and a joyous experience of spaces, contexts and tactile surfaces. This is what true architecture calls for. 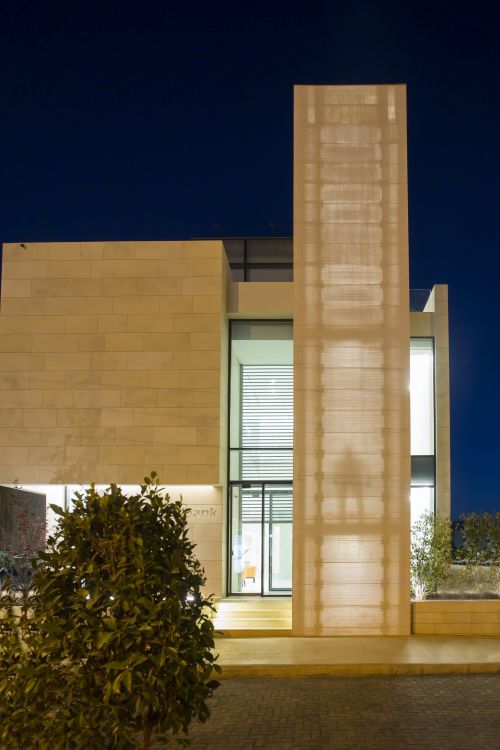 Research and development in concrete technology enabled the creative advancement of architecture in ways which even a decade ago would not have seemed plausible. “New super-high strength composite concrete mixes allow for much thinner and elegant structures being cast faster and higher,” Van der Merwe emphasises.

“Adding fibres or casting it with fibre-textile reinforced fabric reduces the use of steel, allowing a more environmentally friendly, strong, lightweight product. By incorporating admixtures, concrete mixes can, in addition to being coloured or stained, also be made to reach a high strength earlier – or it can influence the setting time.”

Concrete can also be made to have a higher workability and to be used under extreme temperature conditions. Adding superplasticisers can create a high-performance, self-compacting or flow concrete, which requires no compaction or vibration on site and ensures a superior finish. Surface retarders allow the designer to choose any range of exposed aggregate concrete surfaces, whilst surface impregnation mixtures will protect concrete against stains with a gloss or matt finish.

“Adding a photo-catalytic agent, such as titanium dioxide, allows a self-cleaning concrete – ideal in polluting environments,” Van der Merwe explains. “Interesting developments to watch in the world of concrete are photo engraving, which allows a photo-like effect. Another development is luminous concrete that absorbs energy in daytime to reflect a glow at night.”

Van der Merwe states that fascinating developments are occurring, with translucent and optic-fibre concretes that allow a world of opaque design and lighting possibilities. “There is truly a concrete solution for any architectural challenge or interpretation, making it the material of the future,” Van der Merwe enthuses.

1. “Programmable” cement
When cement (an aggregate made of various materials) is mixed with water, sand and stone and left to dry, it forms concrete – the basis of many modern buildings. But concrete is porous, allowing water and chemicals through. This degrades the concrete itself and can lead to rust in any steel supports encased within it. The problem is that on a molecular level, concrete particles form randomly, allowing space for liquid and other compounds to pass through.

Scientists at Rice University, Texas, have discovered a method for “programming” the molecular structure of concrete as it sets, meaning builders could “tell” the cement to form into more tightly packed cubes, spheres or diamond-shaped structures, for instance. The team discovered that by adding negatively and positively charged surfactants (compounds that lower surface tension) to the cement mix, they could control the form that the cement particles took as the cement set.

In practical terms, this would mean concrete that sets harder is significantly less porous and stronger. What’s more, the scientists suggest this means less concrete would be needed to form strong structures.

Trillions of bricks are made every year, and the majority are heated to extremely high temperatures in kilns as part of the process – all of which requires large amounts of energy. And this is where North Carolina business bioMASON hopes to make a difference. 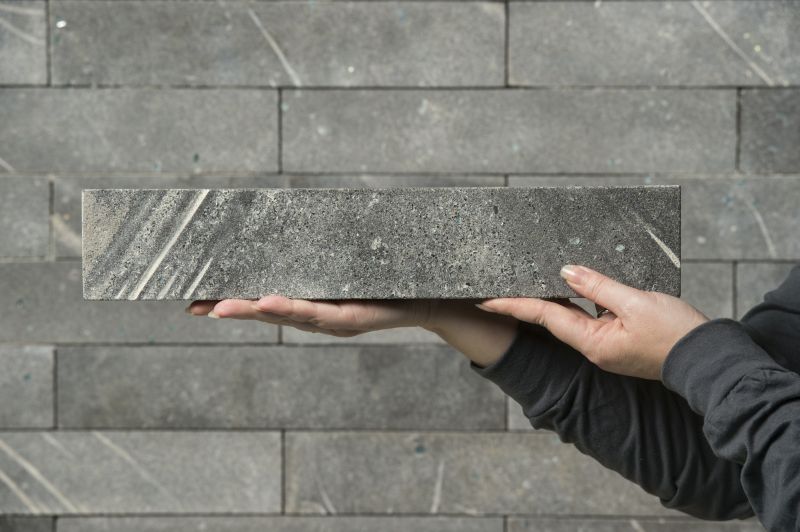 The start-up has discovered a way of growing concrete bricks in ambient temperatures – which eliminates the need for firing them. Inspired by the formation of coral – a natural yet hard substance – the firm has created a method of “growing” cement bricks. The company places sand in rectangular moulds and then injects bacteria that wrap around the grains of sand. They then “feed” this mix with nutrient-rich water over the course of a few days.

The result is calcium-carbonate crystals that “grow” around each grain of sand and form a hard, stone-like substance in just a few days. BioMASON says its products are equal to standard bricks, yet require significantly less energy to create, meaning they are much more environmentally friendly.

As Van der Merwe noted, the future is exciting and the developments in concrete are bound to change the aesthetic appeal and functioning of this material for years to come.

History: The Roman concrete that gets stronger

It’s long been a mystery of ancient engineering: How did the Romans build concrete structures that have lasted thousands of years, while today’s concrete rarely lasts more than a few decades?

The Romans invested heavily in designing a concrete that could withstand earthquakes, remained resilient to corrosive seawater and held its form even without steel support. Now scientists say they have cracked the recipe.

A 2017 study of Roman concrete found that it was made of volcanic ash, seawater, lime and lumps of volcanic rock. When first laid, chemical reactions would occur between these ingredients and form new substances, including a rare mineral called tobermorite. Intriguingly, whenever a crack appeared in the cement, more tobermorite crystals seem to form and patch the crack.

The Roman concrete depended on rare volcanic ash, making widespread replication difficult. Even so, the finding offers us a new way of looking at concrete: Whereas the modern stuff is designed to harden and never change, the Roman approach would produce concrete that effectively heals itself. By finding a material that imitates the Roman ash, we could build structures that would withstand the test of time.

Acknowledgement and thanks go to Daniel van der Merwe from PPC and https://eandt.theiet.org for the information contained in this article.

For more technical articles, sign up for our newsletter: https://www.buildinganddecor.co.za/register/.

Carpet company CEO: “We are at a fascinating point in history”