Alternative building technology company, Hydraform International, recently launched the M9 Business on a Trailer, a roadworthy trailer complete with block-making plant, equipment and tools for on-site block production and construction.
The new M9 Business on a Trailer from Hydraform is a trailer-based system that allows for mobile block-making in urban and rural areas. Designed to facilitate mobile business, the machine and block-making components are fitted to a removable skid, so the trailer can be used separately, doubling up on its benefits and versatility.

“The M9 Business on a Trailer allows for the set up of temporary block yards as and when needed,” says Nazlie Dickson, Hydraform sales director. “The entire system can be packed up in 15 minutes and moved, allowing high mobility and on-demand production in a block-making and construction business. Furthermore, the system’s compact design and mobility makes it easy to store securely when manufacturing blocks in rural settings or where security is a concern,” she adds.

An ABT on wheels
While the demand for construction in Africa is immense, the accompanying costs are often prohibitively expensive, making home construction unaffordable and inaccessible to a large portion of the population.

The Hydraform interlocking building block remains one of the most viable alternative building technology (ABT) solutions in the market due to the lower cost of construction and longevity of the high quality block that is produced. The building system is also extremely versatile and is used from low-cost and rural developments to upmarket urban housing.

The Hydraform interlocking system is popular due it its ability to reduce construction costs and deliver housing faster; two of the main advantages of the system. “The market often turns to smaller contractors for their construction needs, which makes for fantastic business opportunities for entrepreneurs looking to enter and grow in the construction sector,” Dickson says.

Rands and cents of mobile construction
The M9 Business on a Trailer from Hydraform is rated at 1.6 tons and can manufacture up to 500 interlocking blocks per day. The system is fitted with a 7.5 kW diesel Hoffman generator and comes complete with: a 500 litre water tank; water pump; block yard tools; tool box; break-neck trailer; two block moulds; lintel mould (for up to 2.4 metres); two sieves; and two weeks’ intensive on-site training.

The system can support an entire mobile block-making enterprise using materials sourced locally. The final product, the ever-popular Hydraform dry-stacking interlocking block, makes for faster construction compared to traditional brick and mortar methods and reduces costs, as the interlocking blocks minimizes the need for mortar by up to 70%.

The initial capital outlay for the Hydraform M9 Business on a Trailer is roughly R205 000 including VAT, a reasonable investment considering that all the equipment needed for this business opportunity is supplied.

“To put into perspective the value it brings, the M9 Business on a Trailer can manufacture enough blocks to build a dwelling of 45m2 in nine days. Houses built using the Hydraform system can be built faster than with conventional methods, which means that a contractor with a small team can build up to two houses a month, which can be sold in line with market value and at a fair profit for the builder,” Dickson explains. “From a business perspective, the potential return on investment is high,” she adds.

Hydraform original equipment manufacturer
Developed in South Africa, where all original Hydraform equipment is manufactured, the M9 Business on a Trailer is the product of intense research and development by Hydraform’s dedicated R&D department and manufactured in Hydraform’s Durban-based factory.

Having undergone stringent testing at the South Africa Council for Scientific and Industrial Research (CSIR), the system has been approved by Agrément SA, the governing body for all alternative building technologies.

“This testing and approval is necessary to ensure that technologies brought to market conform to approved standards for construction purposes,” remarks Dickson, adding, “Hydraform tests its products through Agrément SA on a regular basis and has also formed a close relationship with the University of the Witwatersrand for further research and development purposes.”

Hydraform boasts a dedicated after-sales and spares department, and with the focus on local manufacturing, spare part access and delivery to site is both quick and hassle free.

“The Hydraform M9 Business on a Trailer concept is unique in the sense that an entire business can be operated and transported from it. Many small contractors are heavily reliant on suppliers for bricks and blocks, which often translates to high delivery costs, having to liaise with unreliable suppliers and navigating quality control issues, which all detract from a healthy bottom line,” Dickson explains, concluding, “The trailer-based business afforded by the Hydraform M9 Business on a Trailer helps cut down on delivery costs and puts the contactor in charge of his or her own supply chain, increasing profits and becoming a real contender in a burgeoning African market.” 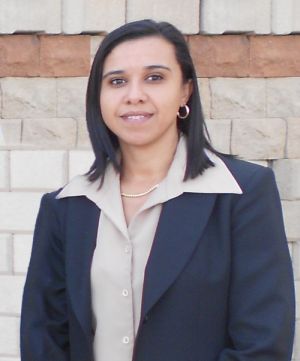