Green Building Council South Africa (GBCSA) has achieved another significant milestone in green building in South Africa, reaching the 600-mark in Green Star certifications. The announcement was made during the GBCSA’s first-ever virtual Green Building Convention that came to a close on Friday (30 October).

“This is amazing. Thank you to everyone who supported us in reaching this milestone, it has been an amazing journey,” said GBCSA CEO, Lisa Reynolds in her closing remarks. “This milestone is indicative of the growing momentum of green building in South Africa and a commercial property sector that is committed to sustainability.”

Reflecting on the past year, Reynolds shared some of GBCSA’s highlights, including taking all GBCSA’s training online, the release of the Getting to Zero guideline and the Safe Return to Work guideline that will be launched mid-November.

“Looking ahead at 2021, GBCSA is refining our member value proposition. We want to ensure that we offer our members maximum value while demonstrating how important they are to GBCSA and our vision to transition to a sustainable built environment.

“I also want to announce that seeing as we are on this journey together, we have decided not to increase membership fees for 2021 because we’ve all had a tough year and we want to honour the commitment our members have made to us despite these difficult times,” Reynolds added.

Reynolds also thanked this year’s lead sponsor, Nedbank for their ongoing support of GBCSA and for coming on board to make the 13th Green Building Virtual Convention a success. She also acknowledged Rand Water, Belgotex, Boogertman + Partners, Old Mutual, the International Finance Corporation (IFC), Sustainable Energy Africa and all the exhibitors for their contribution towards making the Convention possible.

GBCSA will also be developing a virtual campus in 2021 thanks to The Virtulab, the creators and innovators behind the Virtuworx virtual platform. The campus will be open to all GBCSA members and will enable the green building community in South Africa to connect virtually throughout the year.

During the closing plenary, outgoing chair, Ilse Swanepoel officially handed over the reins to incoming chair, Giles Pendleton, by “virtually” handing over the ceremonial knobkerrie to him.

Pendleton is the Chief Development Officer at Attacq. He has over 23 years’ global experience in commercial property development in both public and private sector businesses. Prior to joining Attacq in 2018, he was based in Dubai and has worked for numerous prominent property sector companies across Africa, Australia, Europe and the Middle East. 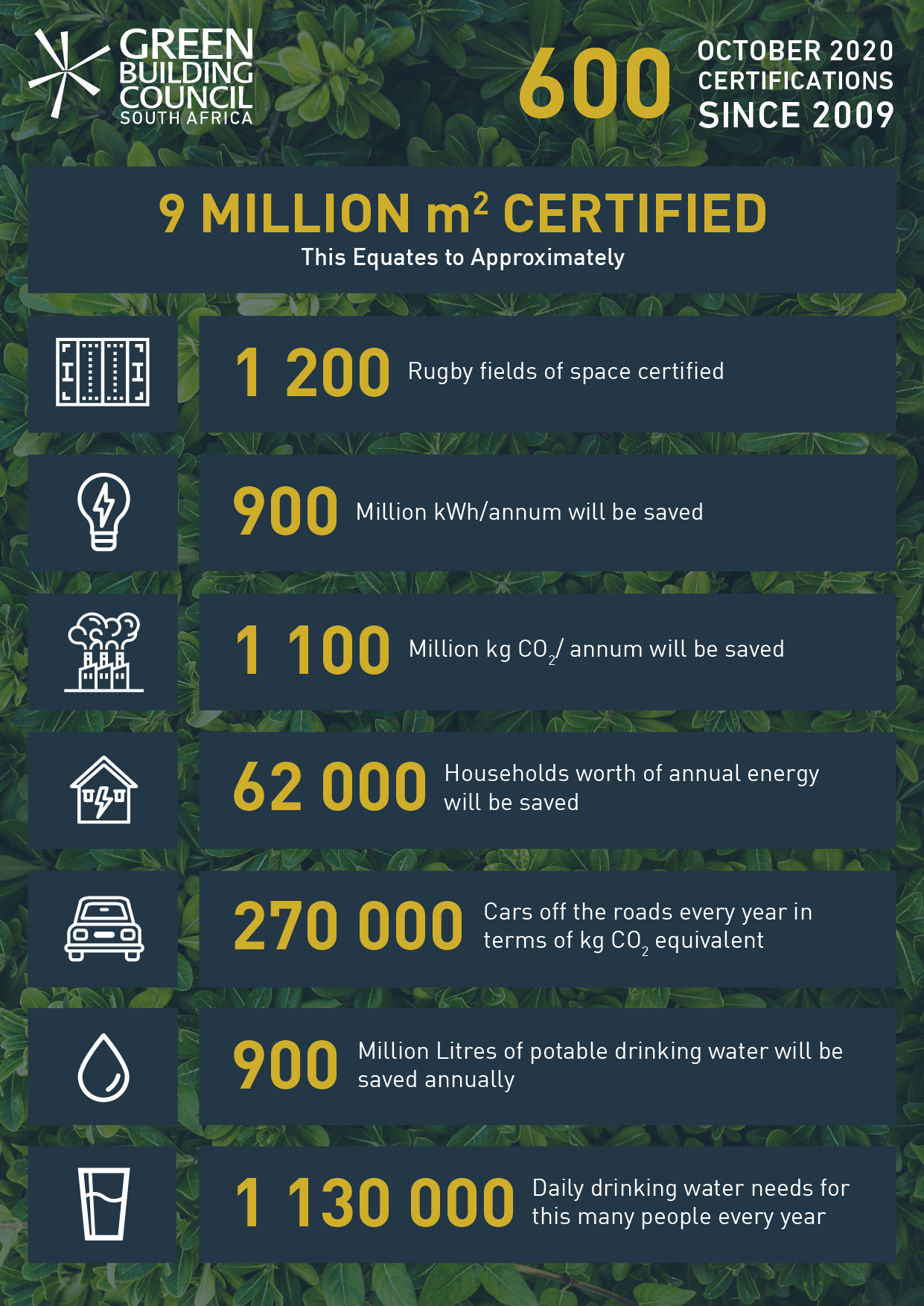 The winners of the GBCSA Annual Awards were also announced during the 13th Green Building Convention. The criteria for qualifying green projects are based on submission data gathered during the GBCSA’s Green Star certification process and the strength of the submissions. Individuals are nominated by the industry and their Green Star engagement is also taken into consideration.

AP: Adrie Fourie, Aurecon (at the time of the project) | Project Owner: Growthpoint

The kitchens get LBD