Considered as one of the most iconic post-war residences, Eames House in Pacific Palisades, California, is still attracting attention from architects and designers from all over the world, and this year celebrates its 70 years of existence.

Built as a case study for a programme envisioned by Arts & Architecture magazine in 1949, Charles and Ray Eames designed their iconic mid-century modernist home and studio with the idea to create a structure that expresses modern living, using innovative materials and techniques arising from the Second World War.

Working with what they had

In a 1945 design brief, Charles wrote that the house “in its free relation to the ground, the trees, the sea – with constant proximity to the whole vast order of nature – acts as reorientor and ‘shock-absorber’ and should provide the needed relaxations from the daily complications arising within problems”.

This first design used pre-fabricated materials ordered from industrial and commercial catalogues, but due to a war-driven shortage, the steel did not arrive until late 1948. By then, Charles and Ray felt that the site required a different design. The site was a eucalyptus grove on a 1,4-acre plot and the Eames’s looked for a solution to first of all preserve the meadow, and second, to maximise the minimal materials they had. 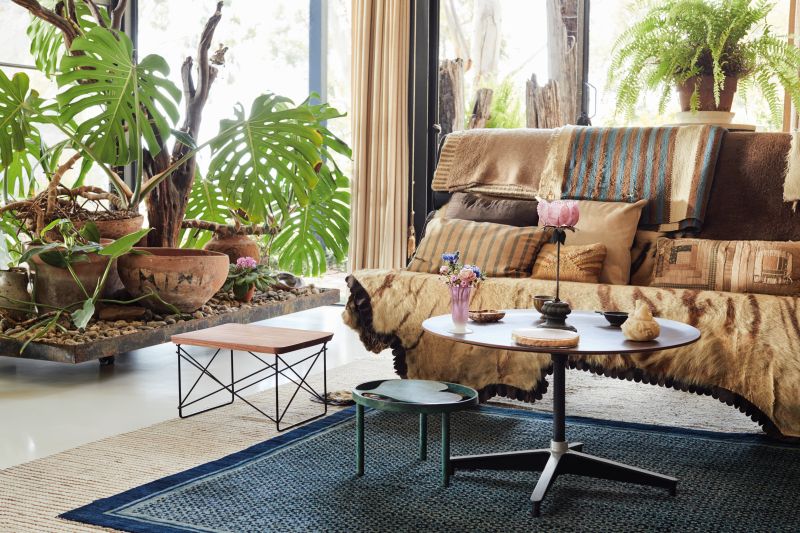 The original intent – particularly for the living room and the studio – was to be a very flexible space, designed with the anticipation that it would be filled with objects.

Using the off-the-shelf parts they ordered, with one extra steel beam, they reconfigured the design into a double-storey, two-structure house and studio and integrated the design into the landscape rather than imposing the structure on it. The foundation and steel frame were completed in only 16 hours, and the remainder of the modular home was completed within eleven months.

A protected landmark
The geometric steel-framed structure, which blends functionalism and natural beauty in a seamless and striking manner, was finally granted National Landmark status in 2007.

The Eames Foundation and the Getty Conservation Institute have also rolled out the Getty Conversation Management Plan for the property – a 250-year project to ensure the sustainability of this design landmark. 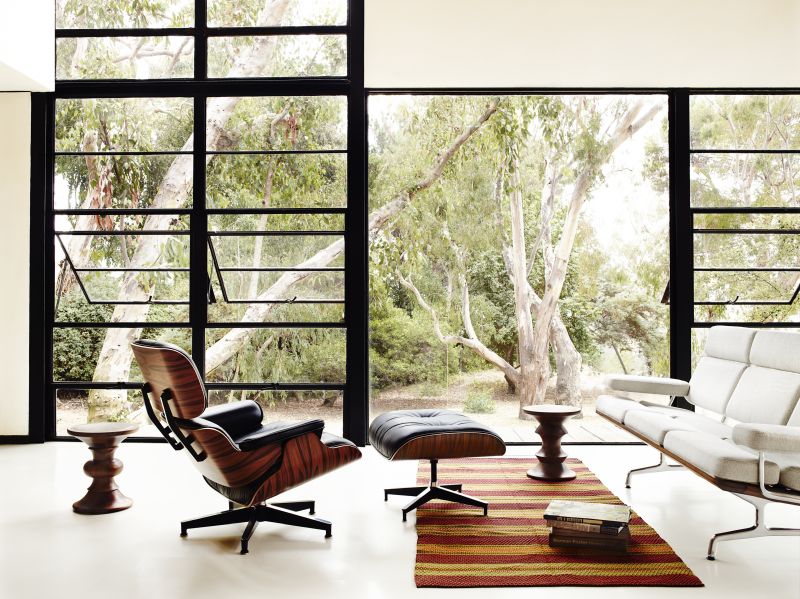 It was here in Eames House that some of the Eames’s most popular furniture, such as their lounge chair and ottoman, were created.

This year, more than 200 eucalyptus trees were harvested for maintenance purposes, and a limited edition of the class Eames Low Table Rod (LTR) table is being released with solid-wood table tops made from two of these trees. According to the management plan, eucalyptus can be pruned or felled as needed to be replaced with seedlings. 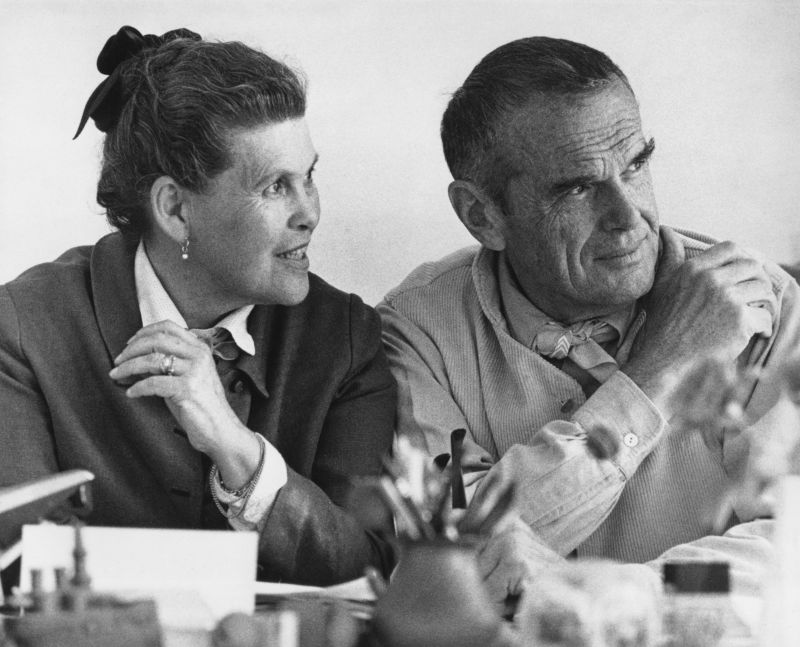 The Eames legacy
Known for their valuable contributions to architecture, furniture and industrial design and the photographic arts, the Eames couple was also the duo behind the 112-year-old global furniture and décor company Herman Miller. In fact, it was in Eames House that some of the designers’ most popular furniture, such as their lounge chair and ottoman, were created.

Full thanks and acknowledgement are given to Herman Miller and The Eames Foundation for the information provided.