A new concept called Young Designer Trendtable, which forms part of Innovations@DOMOTEX, was held at Domotex this year. Creative, young thinkers from across the globe were tasked with coming up with imaginative and visionary flooring products that could be showcased at the event.

New authentics
Berlin-based Hanne Willmann used aesthetic qualities that are typically found in ceramics, wood and linoleum to create graphic patterns in her flooring project. On tile surfaces, the flooring connections were emphasised and in linoleum surfaces, the fuse wires were highlighted. Elements that are traditionally understated were overstated in this unique project. 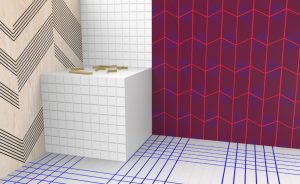 Flooring that changes and responds to the user
Klaas Kuiken’s project entitled “Track & Trace” consists of a series of tiles in the shape of a pentagon that responds to pressure exerted by feet. When they shift slightly, their coloured edges emerge and illumination beneath them becomes activated. Moreover, people leave traces on the flooring and change it in that way too. His idea behind the project is that the floor of tomorrow will continuously respond to the user. 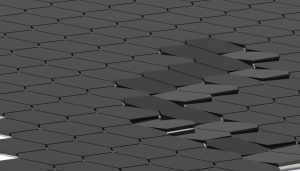 Material contrasts and transitions
A hard parquet surface flows softly into a soft carpet material and small parallelogram tiles are linked with vinyl flooring in Bilge Nur Saltik’s flooring concept called “Transitions”. To create unity within the transitioning elements, Bilge’s floor has cut-outs at the end of a section of material that are dovetailed with suitable elements on the next section. 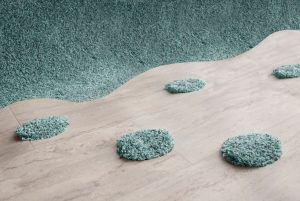 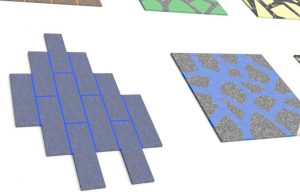 Floors that extend to walls and ceilings
Kurt Schwitters’ Merzbau, where an installation extends across the floor, walls and ceiling, was the inspiration for Christy Cole and Jane Briggs’ floorcovering concept called “Merzing”. The covering can be individually customised by digital printing and is suitable for all surfaces in the room. In their installation, the Glasgow duo presents posters that extend to the floor, laser-cut carpets and herringbone parquet. These materials are printed with seemingly 3D graphics. 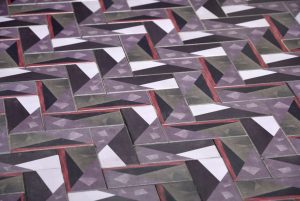 “It was truly inspirational to experience how these young designers come up with these inspiring flooring concepts,” comments Liezel van der Merwe, Managing Editor of FLOORS in Africa.

Full thanks and acknowledgement are given to www.domotex.de for the information contained in this article.

Take a walking tour of Venice ahead of...