Providing a high-level overview of activity within the country’s construction sector, Bryte Insurance, a proactive business risk specialist, has released its Construction Activity Monitor for the period ending December 2017.
Here are some of the key findings:
•    Insured construction activity increased in 2017 compared to 2016; the value of 2017 projects is estimated at R61bn, while in 2016 this figure was R42bn.
•    Overall, 2017 activity during each quarter was greater than the corresponding periods in 2016 with increases of 50%, 45% and 61% noted in Q1, Q2 and Q4 2017, respectively.

Costs are rising
Within the broader South African context, a slowdown in construction activity in 2017 is noted – and 2018 is not expected to fare much better in terms of the number of projects, but actual costs will continue to climb due to currency fluctuations, high rates of borrowing and an all-time high petrol price – amongst others. Rising by 6%, Johannesburg has experienced the highest construction cost inflation on the continent in 2018.

“We are already seeing a tough 2018 with decreased government spending, low business confidence and decreased foreign direct investment. While a major turnaround for the construction sector may not be on the cards, sustained growth is expected, which will be spurred by a continued, prudent focus on cost,” says Juan-Pierre Holmes, head of specialised property division at Bryte. 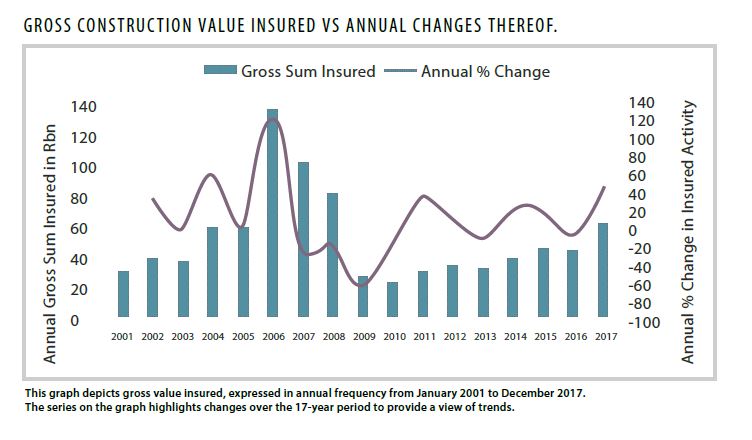 The trends
In relation to gross domestic product (GDP), the National Treasury’s public-sector infrastructure spend shows a declining trend since 2009. The muted construction activity is also depicted by the challenges facing construction companies, with many seeking consolidation within the sector. In fact, four of the top six large construction companies have lost 50% to 75% of their share price in 2017, some losing in excess of 90% of their value by June 2018.

Another trend is the diversifying focus of some medium to large construction sector players, who are exploring opportunities that can supplement growth outside South Africa’s borders. This, however, comes with challenges including the tightening of import and export of services, strengthening in regulatory governance in neighbouring countries and the shortage of technical skills.

Opportunities
Holmes adds that investors will remain very circumspect. “However, we are likely to see an increase in the number of smaller-value construction projects over the coming years,” he states.

“The government’s investment in renewable energy projects as part of the REIPPP programme and the ongoing focus on housing are some examples. The residential property construction market will need to continue growing substantially over the next decade to address the demands of a growing urban South African population.”

Despite the anticipated decrease in large-scale insured activities, project values are expected to be higher, as well as the number of smaller-scale projects. Gradual increases in confidence within the sector (following a 17-year low in 2017), a stronger performing rand and investments in advanced technologies that drive process and cost efficiencies will contribute towards this trend.

Full thanks and acknowledgement are given to Bryte Insurance Company Limited (http://brytesa.com) for the information provided. 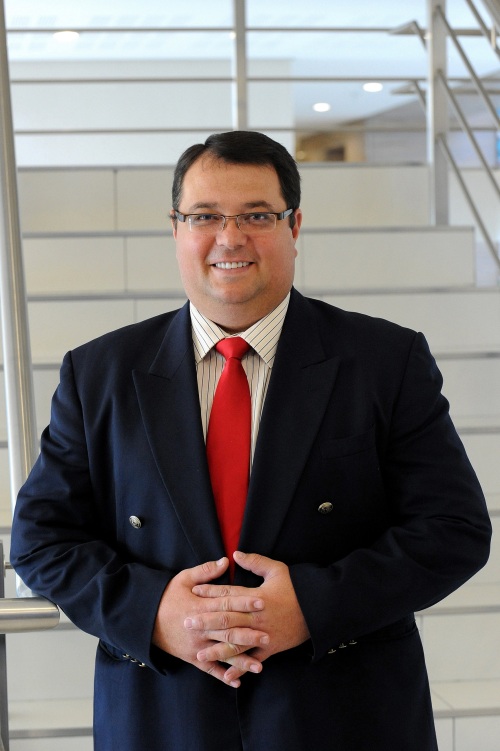 3 tips
Holmes advises construction businesses to focus on:
1.    Meaningfully integrating physical and digital technologies.
2.    Seeking the expertise of a risk management professional to map out exposures and present holistic solutions to plug these.
3.    Empowering the youth to address the increasingly apparent skills gap within the sector.

7 pitfalls to prevent a failed brief

The need for a safe return to the...

Solid sales despite the global Pandemic