“Our vision was to present a raw concrete exoskeleton, filled with a pristine envelope containing a modern, clean and sleek interior. The aim was for juxtapositions of raw and polished, dull and vibrant. These contrasts make for engaging, striking and memorable architecture.”

This is how Alessio Lacovig, partner at Architects of Justice (AOJ), describes the eye-catching facade of the new head office for Cube Route Logistics, visible from the busy Malibongwe Drive in the northwest of Johannesburg.

Decorative and structural beams
The dominant feature of the facade is the array of angled, off-shutter concrete elements warping around the building against a background of colourful infill panels and glass curtain walls. Even though the tilted columns were intended to add interest, they are also completely structural, connecting the bottom perimeter down-stand beams and the top up-stand beams.

“The tilt on the columns was kept the same, a 15 degrees angle, to ensure enough visual variation, without excessive complexity in formwork construction and casting,” says Mike Rassmann, another partner at AOJ.

A more conventional approach would entail a beam and column structure behind a glass facade, yet in this case the concrete structure was made part of the aesthetic. And since AOJ was involved in both exterior and interior design, the intersect between the two designs was very conscious. 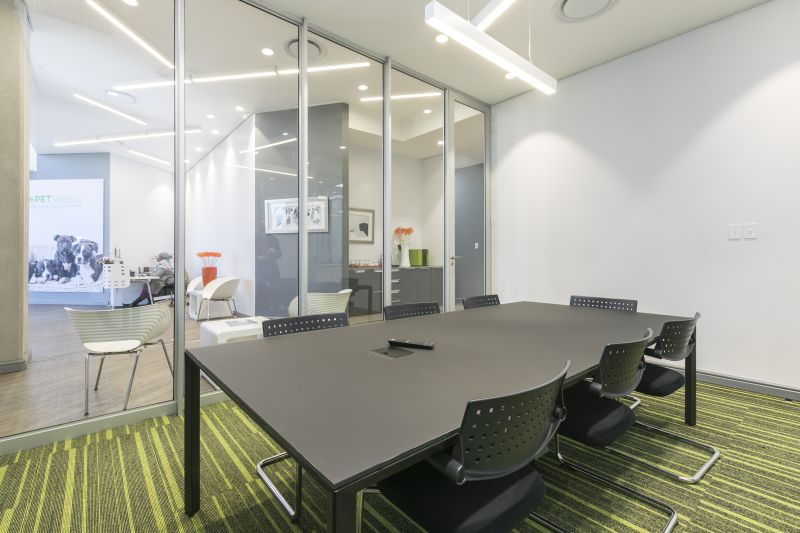 “We haven’t hidden the concrete structure within the building. One can see how the ceiling edges have been stepped back to expose the underside of the concrete slab and how the concrete beams perforate the ceiling and glass facade to intersect the columns and support the floor slab, making the expression of the structure very visible from the office interior,” adds Lacovig.

Concrete a good project fit
Concrete was the architect’s material of choice to complement existing structures on site and serves as a contrast to the aesthetic impact of the other buildings, one with a black masonry facade and the other a spider-fitting facade.

The use of concrete for the facade also meant a reduction of material variation, different trades on site, difficult junctions and potential errors. The project was also constructed predominantly with local labour. This simplified use of materials ultimately reduced the project complexity, timely and was a good fit for the client’s budget. 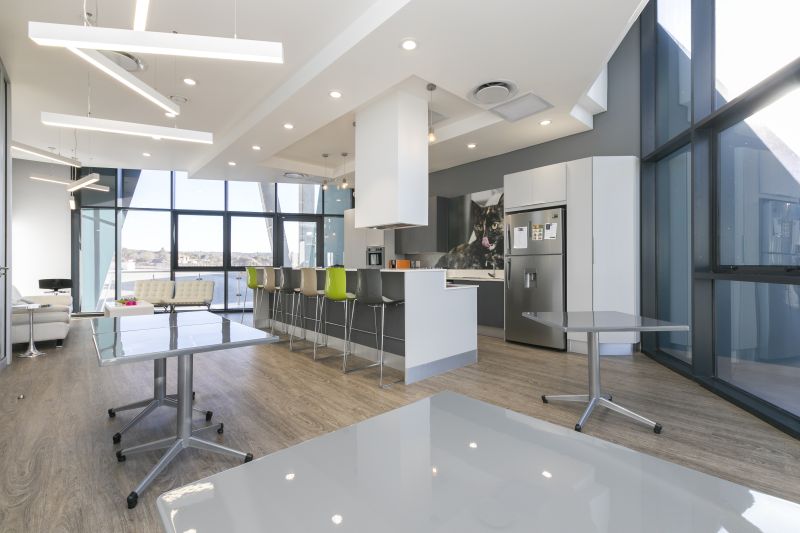 “We kept the size of the west facade small, thereby limiting exposure to the harsh afternoon sun and having a smaller ratio of glass to solid walls,” states Lacovig. “We specified performance glazing to effectively reduce the heat coefficient and give occupants more comfort. Furthermore, as an alternative to ambient control, and as a manual override, the windows can be opened so the space can be ventilated naturally if needed.”

In addition, the facade’s design assists in reducing the noise from the busy road alongside the office.

Thanks and acknowledgement are given to Architects of Justice for the information and images provided.

The benefits of sintered stone

The engineering genius behind the Ashton Arch Bridge

The importance of floor demarcation