A multi-use development worth €22 million, designed by KAAN Architecten, an architecture firm, for the new district of Bottière Chénaie in Nantes, France, was unveiled in February. The project includes 133 market-rate housing apartments and 39 social housing apartments, offices, a supermarket, commercial spaces, an office building, public squares and a car park. It is part of a greater urban development plan for the area by Jean-Pierre Pranlas Descours, an urban planner, and Atelier Bruel-Delmar, a landscape firm.

How the project began
After KAAN Architecten won the contract for the plot, as part of the bidding team for Groupe Giboire in 2013, they analysed the development surroundings including social, geographical, economical and historical aspects.

The firm performed numerous volume studies on how the programme can be distributed at the development. Once they had a good understanding of the site, they decided to work with one big volume relatable to the scale of the neighbourhood which was representative as an entity, rather than a group of small buildings with inefficient spaces between them. 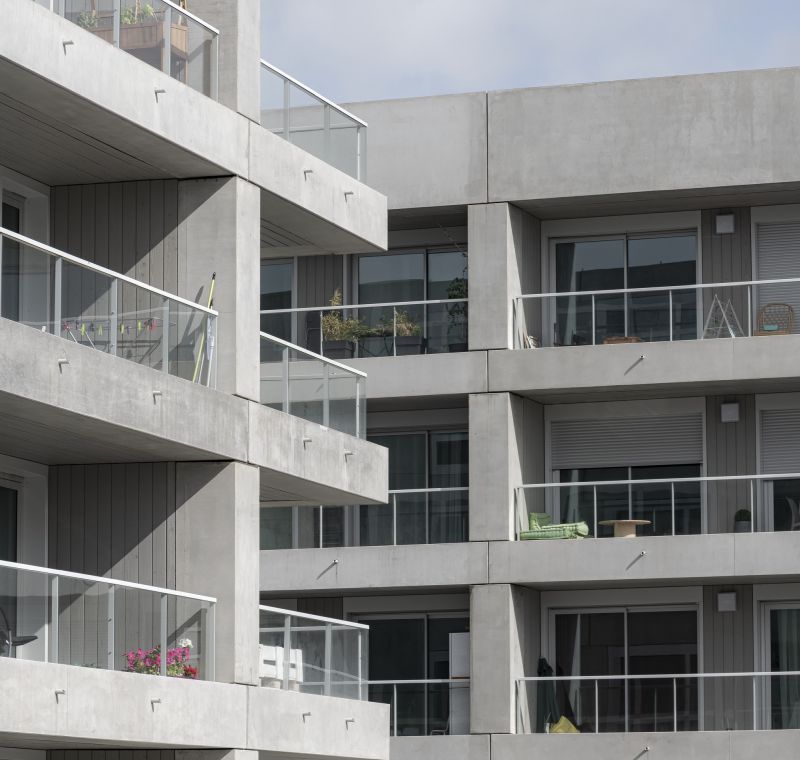 A multi-use development worth €22 million, designed by KAAN Architecten for the new district of Bottière Chénaie in France, was unveiled in February. 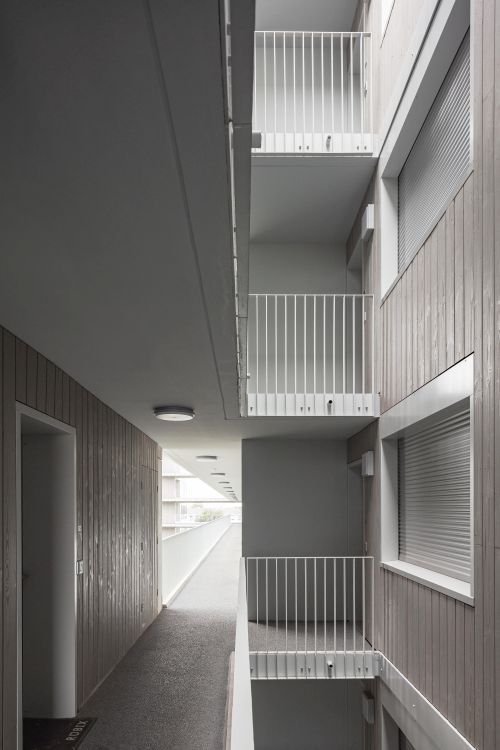 Vertical surfaces towards courtyards are cladded in grey stained timber, reinforcing duality between exterior and interior.

Outdoor peripheral walkways allow for a large open space on the ground floor, where the supermarket is located, while light-wells spread daylight to lower floors, creating informal spaces to foster resident socialisation. Vertical surfaces towards courtyards are cladded in grey stained timber, giving a domestic feel and reinforcing duality between exterior and interior, elevating the inner public space. 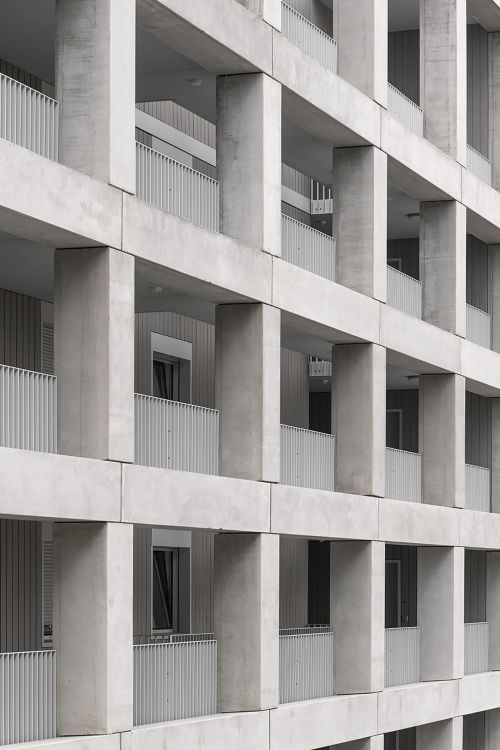 Greater challenge, greater reward
A mixed development can be a greater challenge to design than a traditional development, but the reward is also bigger when you see the quality that can be achieved. KAAN Architecten’s choice of materials, balanced colour tuning, functional design and attention to details, shape the new identity of the neighbourhood, as an attractive centre that blends into Nantes’ growing suburbs, which is valuable to users and the city.

Full thanks and acknowledgement are given to KAAN Architecten for the information in this article.

A cultural marriage of Italian and Sino style...