Clay bricks have been used for hundreds of years as a basic building material, but thanks to its versatility and the ability to use it in different ways, it has remained a contemporary material for any type of building, from the most uncomplicated box-like structures to intricate, 3D sculptural designs.
Gone are the days when architects only had a choice of two colours of brick and one size fits all – today, there are hundreds of colour variants, finishes and sizes to pick from to create intricate detailing, accents, shapes and movement, as well as inspire a certain emotion in building occupants or visitors.

While brick manufacturers typically punt brick’s durability, reduced maintenance, thermal comfort, sound insulation and fire-resistant qualities, an important consideration for architects and designers is the aesthetics and the feeling brick can create both on the outside and inside of buildings.

Brick has become a material not only to build with, but to design with.

What does a building “feel” like?
Peter St John from Caruso St John Architects wrote an article, “The feeling of things: Towards an architecture of emotions”, explaining the importance of having an awareness of the emotional character of buildings. “Buildings have a character drawn from the associations of their form and the materiality of their fabric,” he says.

Acknowledging that one can never predict a person’s reaction to a building, he still aims to get away from an abstract or diagrammatic architecture towards one that is richly associative. “We prefer characterful ugliness to calculated perfection,” he says.

“The choice of a building’s construction, its material and its structure, has a direct effect on the emotional character of its spaces. Although discussions of construction often centre on issues of performance and technique, ultimately construction is about appearance.” 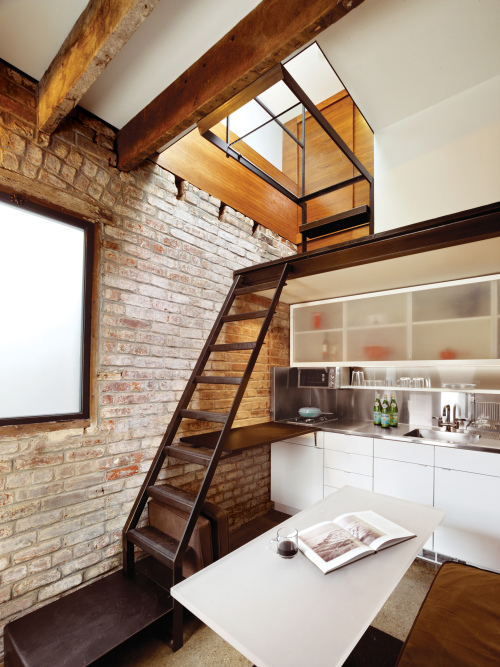 A rustic, rough brick wall serves as eclectic accent in this home interior. Courtesy of the Claybrick Association of South Africa

Unpretentious qualities
Renowned architect Luis Kahn also admired the sober, unpretentious and durable qualities of brick in his time. In a documentary called My Architect, Kahn’s son, Nathanial, describes how his father loved the “architecture of the old world” and that brick gave his father the monumental, timeless effect he was looking for in some of his most famous buildings, such as the Phillips Exeter Library and the First Unitarian Church of Rochester.

A deeper meaning
And the effect brick can have on a design is not lost on young and upcoming architects like Yousuf Vawda, one of the regional winners in the Corobrik Architectural Student of the Year Award for 2017/18.

For his thesis, Vawda explored the relationship between sacred space and the memory of the dead against the background of Christian faith. His project is situated in the otherwise underutilised Stellawood Cemetery in Durban, where he specifically used clay bricks, alongside off-shutter concrete to reference the passage of time.

“The temporality of the materials, as well as its deterioration, reminds the user of the temporality of human life. The materials of brick and concrete were chosen to emphasise weathering – these are raw and earthy materials that allow the structure to age without the need for continual maintenance and without compromising the structural stability of the building,” Vawda explains.

“This principle allows for the building to form a relationship with its landscape, enhancing the memory-evoking characteristics and emphasising the element of time, thus it situates the user and building within time and space, and allows the building to become a metaphor of life and death.”

Through his research, Vawda concluded that the complex has very little to no ornamentation, allowing the simplicity of the spaces and the materials to be emphasised.

“Face brick was therefore an obvious choice, where an essence of the natural is evident to the user, as well as an element of familiarity, as face brick is common within the area. Face brick adds a tactile element unlike any other material, and adds a sense of comfort, especially in the main chapel.

“In fact, face brick provides an element of comfort and familiarity to many people in this country, and that in itself has an emotional quality that may not be found with more modern materials. The variety in textures, colours and sizes additionally adds to the uniqueness of the material, enabling different aesthetic end-products to be achieved,” he adds. 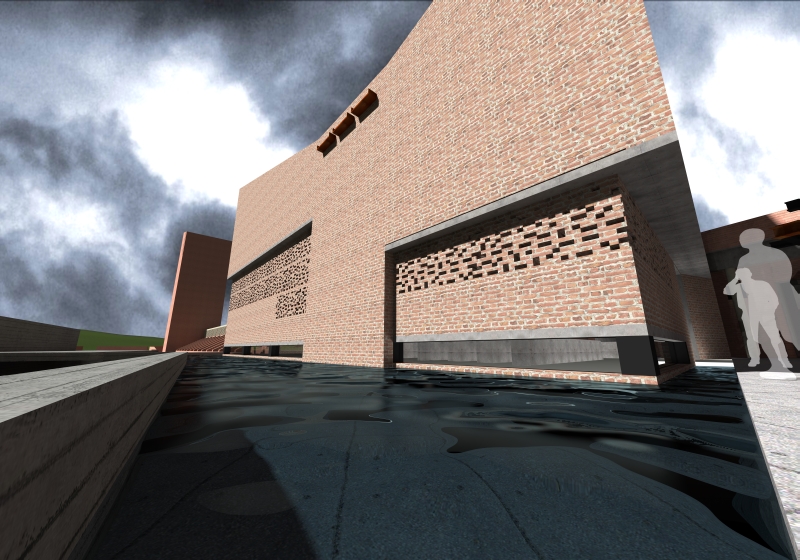 Brick emphasises weathering as a raw and earthy material that allows the structure to age without the need for continual maintenance and without compromising the structural stability of the building. Yousuf Vawda opted for this material as part of his thesis, “Memento Mori – Remember your death”.

Brick exteriors
It is this versatility and range of possible finishes that lead to brick being surprisingly ubiquitous, even amongst more contemporary materials such as glass. Bricks can lend a stoical, uncompromising presence to a building, but can also be delicate and whimsical, with different colours ranging from deep red to light creams, tans and greys, and textures, patterns and arrangements affording the possibility to create a unique character time and again.

What’s more, brick blends well with both traditional and contemporary materials, bringing rich colours and textures to concrete, steel and glass buildings. Brickwork also complements organic building materials such as timber, stone and thatch, while bestowing a sense of heritage and authenticity to the home.

Brick interiors
Inside buildings, brick helps to create the desired ambiance, whether it is a modern farmhouse or industrial warehouse-inspired building. And it doesn’t matter if it is the primary material or used on an accent wall, the three-dimensional, symmetrical lines of brickwork offer a constantly changing display of sculptural light and shadow, and when painted white, for example, can light up and open up a space.

In an age of smooth veneers and brushed aluminium, brick instantly brings visual and textural contrast to an interior. It is effortlessly decorative yet grounding in a world filled with tech. It can create a creative, almost rebel-like feel in an industrial space or a sense of authentic meaning and history, stimulating the most basic senses. One thing is certain, it is adapting with modern styles. 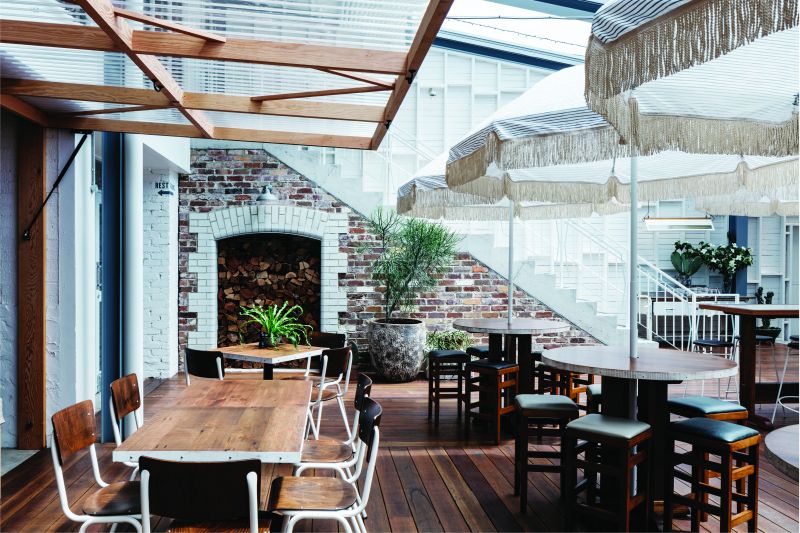 Today’s architects are asking increasingly more of materials and brick seems to be delivering.

Full thanks and acknowledgement are given to the Claybrick Association of South Africa, www.carusostjohn.com, the documentary “My Architect, a son’s journey”, and Yousuf Vawda for the information and comments used in this article.

“Surrealism is the distortion of the visual world around us. I like to lead familiar materials, structures and situations in a territory of fantasy, making the everyday extraordinary. By melting, bending or breaking bricks, I look to transcend their material nature and playfully tease the onlookers’ perception of possibility.” – Alex Chinneck

Caption main image: When OOIIO Arquitectura was challenged to avoid the collapse of a group of former modest agricultural constructions in Spain which were once used as a hayloft, tool rooms, barn and more, they aimed to recover as much ancient architectural elements as possible, such as an existing brick wall made from beautiful large ancient bricks. The architects also decided to use brick as the only added material for all the new-built walls, providing richness in textures and finishes.
Courtesy of OOIIO Arquitectura, josefotoinmo, v2com

CEO interview: Ushering in an innovative and technologically...