The world of travel and hospitality is a competitive one, hence the reason for designers to constantly go above and beyond the expected in order to entice guests from far and wide. This year was definitely a stand-out year from a hotel concept perspective, with countless firms from all over the globe making waves with their incredible ideas and visions which they hope to eventually bring to life. Here is a round-up of some of this year’s most impressive and inspiring hotel concepts.

Note that all the concepts mentioned below have recently been selected as finalists of Radical Innovation’s annual competition. The competition is aimed at challenging designers, hoteliers and students to pioneer compelling ideas in the travel and hospitality industry. Later this year, a live vote will be held to determine the winner of the $10 000 grand prize. The runner-up will win a cash prize of $5 000. As a part of the competition, all the finalists will have the chance to speak directly with industry experts who are equipped to help further their concepts. 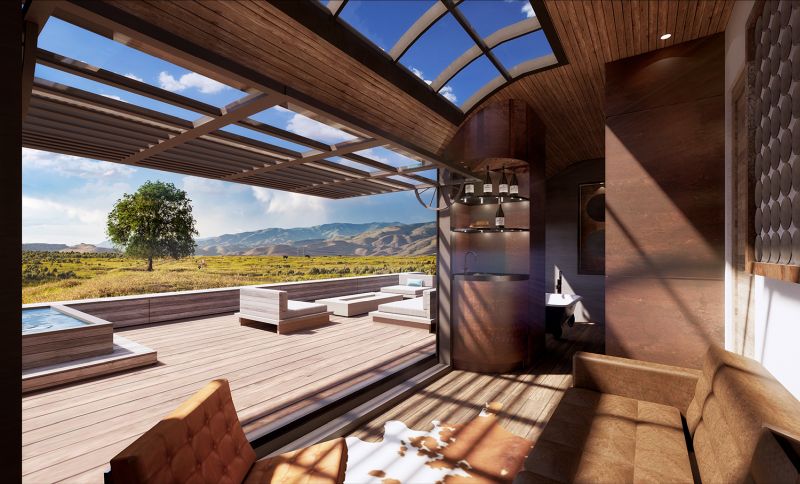 This concept, imagined by SB Architects, located in San Francisco, is based on making the unreachable, reachable and exploring infinitely without limitation. It connects travellers with remote destinations using the American West’s defunct passenger rail lines. These rail lines span untapped, beautiful locations across the nation, but are now silent and forgotten vestiges of the past.

The Infinite Explorer provides strives to re-work the existing infrastructure of these underutilised spaces, transforming them into moving cabins which allow travellers to take full advantage of the immense beauty that passes by outside their window, and actually step out into the wilderness at various locations. 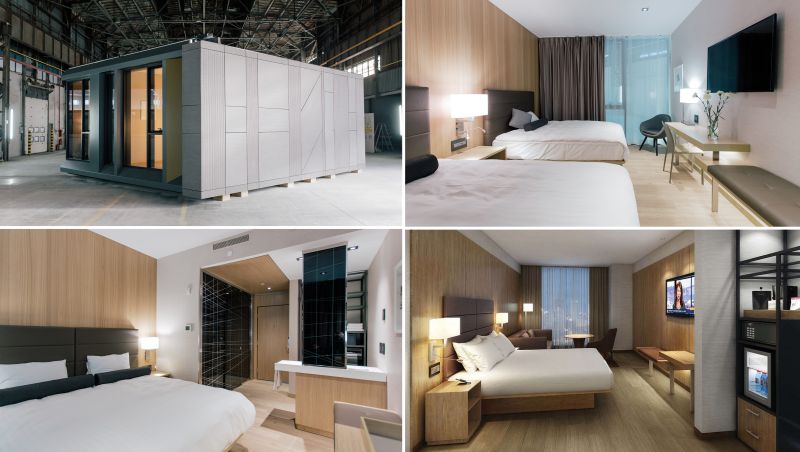 The focus of this particular concept is height and modular design – i.e. the strategic connection of various separate components. The high-rise hotel is set to be the world’s tallest of its kind and certainly one of the most eye-catching. It combines modular efficiency with architectural flair.

The building embraces the power and many benefits that come with modern-day modular construction, uses cutting-edge proprietary technology to address potential drawbacks and, most importantly, proves that the idea that a modular building can only be the sum of its factory-made parts is entirely false. The hotel is set to open its doors in 2020. 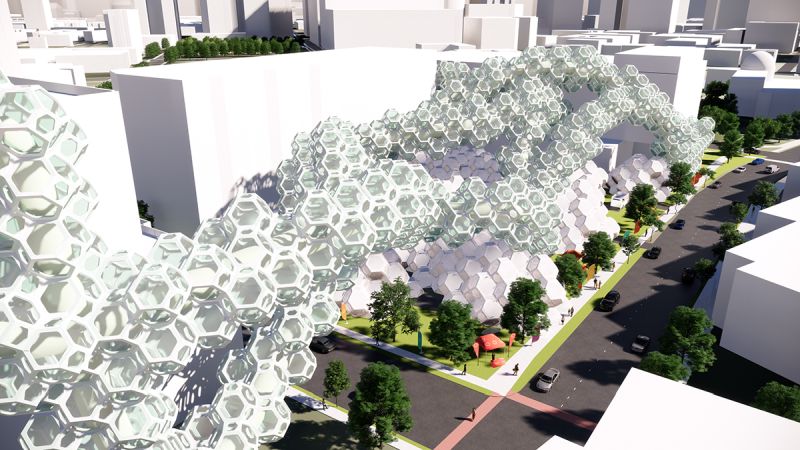 Connectic is based on a collective of modules that are at once collapsible and reusable.

Another concept with modular construction as its driving force, Connectic by Cooper Carry, strives to fill underutilised spaces by way of collapsible, modular units that are flexible and adaptable to respond to a wide range of different environments. The concept lends itself to pop-up hotels and can even be used to assist in solving problems of space and density in urban cores.

“There is a dichotomy between existing hotel design and Connectic, but our concept is not mutually exclusive,” explains Shraddha Srivastav Strennen, an architect at Cooper Carry. “Connectic can expand an existing hotel’s footprint by attaching to the existing structure, or it can stand alone in remote idyllic locations. It is truly radical.”

Interstitial spaces between buildings, as well as parking lots, forgotten pocket parks, and the areas above buildings offer an opportunity for hotels of the future to make use of Connectic’s model. The model has been created to aid in increasing volume of available keys and amenities and in connecting neglected spaces to existing hotels. Ultimately, the concept is based on a collective of modules that are at once collapsible and reusable. 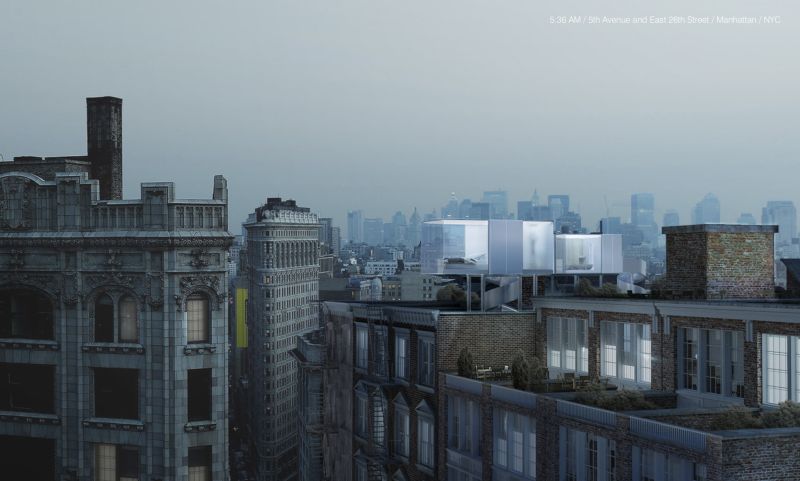 The Rooftop Hotel Gardens concept was chosen as the winning student entry.

Envisioned by students, and already judged as the winning student entry, the main idea of this concept is to afford travellers the opportunity to savour the unique skyline of any city they are visiting in a quiet, peaceful setting despite being surrounded by urban elements. The conceptual hotel chain provides locations on rooftops and services throughout the city.

“Essentially, each guest will be able to reserve a room on the open roof of any participating building, and leveraging the expansive network throughout the city, will also have the option to change place and module throughout their stay,” explain Ruslan Mannapov and Airat Zaidullin.

As a reward for their win, the students received a $1 500 prize and an offer to pursue a two-year graduate assistantship in the Masters of Architecture programme at the University of Nevada, Las Vegas.

Revo by Michał Witalis from the Academy of Fine Arts in Cracow, Poland

Another impressive student entry, Revo is a concept of an active hotel room deployment system that acts as a global network of services for travellers. The basic idea is that travellers can decide where they want to stay without limiting themselves to areas that are equipped with accommodation. Remote, untapped areas are also fair game. Travellers simply book their stay anywhere they want and an inhabitable cabin will be delivered there when you arrive. This will be possible as there will be local suppliers stationed in every country.

The three finalists will be flown to New York in October 2019 for the much-anticipated Radical Innovation event, where they will be presenting their ideas live in front of a panel of judges and a studio audience. While feedback will be given by the judges, the ultimate winner of this year’s competition will be decided by the studio audience, who will be asked to vote following the presentations. Best of luck to all the finalists!