Q: What is your company culture like?
George Elphick (GE): Company culture matters to us. It is not only a nice saying, but something we value and strive for on a daily basis. The more transparent a company culture the happier the employees, and at EPA it begins from the top, our leaders, who are seen as mentors and the centre of strength and calm.

We are an established, creative and vibrant company that celebrates everyone’s individuality and contributions. We strive to embody cultural principles such as loyalty, commitment and respect, and communication is the foundation of this spirit.

Q: What makes Elphick Proome stand out among other architecture firms?
(GE): We enjoy a 30-year legacy comprising of three dynamic and capable architectural practices, which have been created to deliver a complete and comprehensive range of design services on the African continent and beyond.

We are recognised for producing exceptional and delightful pieces of architecture, where every project is carefully innovated to engender added value and be a positive and responsible contributor to society and the built environment.

Our dynamic team is made up of 70 professionals including Novospace, an independent interior architecture studio directly associated with Elphick Proome and an integral part of our architectural offering that brings innovation, craft and a potent interior design vision.

Q: Are there any specific gaps that Elphick Proome addresses in the market?
(GE): We undertake all architectural genres and design furniture – we try to fill all the gaps!

Q: How do you recruit architects? What makes you hire someone for your team?
(Rita Rodrigues): We look at the hard and soft skills of a candidate. Design and documentation proficiency is imperative, but we also strive to understand personal values and imagine how they would interact with other people in our teams and fit in with our company culture.

Q: What digital technologies has your firm embraced?
(GE): Design and documentation capacity totals 55 individual workstations using Revit as base software. We continue to up-skill our staff with in-house training to enable collaboration on all project types, combined with the application of a comprehensive BIM modelling system for application on special projects.

Q: How do you provide customers with a good experience?
(GE): We strive to deliver a trusting, agile and resilient architectural service to our clients, with a vision to create high-quality design solutions that offer enduring and appropriate outcomes. We address our client needs attentively, and every project is carefully innovated to engender added value to be a positive and responsible contributor to society and the built environment. 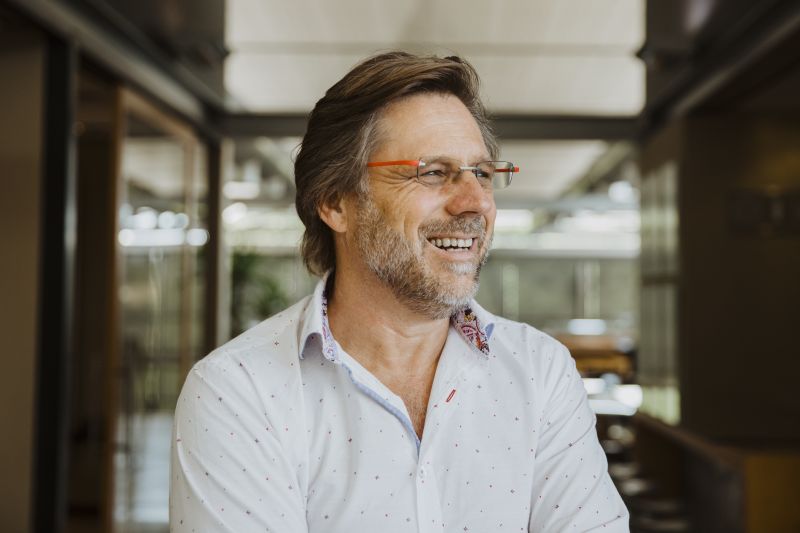 He earned a Bachelor of Architecture (1982) at the University of Natal and is also an Emma Smith art scholar and a Le Sueur scholar, both post-graduate travelling scholarships for design excellence. He established a private practice in 1987 and became one of the founding partners of EPA in 1989. He has served as a design critic for five national universities over a 25-year period.

Completed projects over a 30-year period have included the design and implementation of large corporate offices, mixed-use developments and high-rise apartments, as well as numerous private residential and interior design commissions spread across seven African countries.

What excites you about the role?
(GE): It is constantly dynamic and provides the ability to respond to global architectural movements.

What do you think will be some of the trends facing the sector in the future?
(GE): Tough economic times in a changing South Africa and seeking to become a continental practice.

Tell us more about your design journey. Why did you start the business?
(GE): I qualified as an architect at the University of Natal in 1982 with two scholarships, which allowed me to pursue post-graduate studies in the United States of America, Japan and France. I set up a private practice in 1987 in Durban and then formed EPA in 1989 with Nicholas Proome.

As a young child, I used to make models in the sand but it didn’t last on the beach. I have always been interested in human habitation and built environments. I think ultimately though, it was the love of invention.

What advice could you offer to others wanting to advance within the field of architecture?
(GE): Try to work smart rather than hard – it’s a difficult and complex career.

Your leadership style?
(GE): Lead from the front.

The proudest moment in your career to date?
(GE): Receiving two national awards for excellence in architecture. And aside from a few international awards, my family is still my finest achievement!

What drives you?
(GE): The desire to produce useful and enduring buildings.

The most important lesson you learnt early in your career?
(GE): Take risks!

An essential key to innovative thinking? And why?
(GE): Don’t accept the norm, because this drives the new.

What would you like to leave behind as a legacy?
(GE): A lineage of meaningful contributions to our cities and society.

Hobbies/interests
(GE): Apart from my commitment to a closely-knit family, I enjoy travelling and have had the fortune to having visited 45 countries around the globe to date. I enjoy exploring new urban and wild environments; and having trekked to Everest Base Camp with my son and mountains and jungles in South America with my wife. We developed a bush lodge in the battlefields of Natal and enjoy spending time there on a regular basis.

I have retained a strong interest in contemporary music and still play in a rock band with some friends from my school days. I have been involved in the design of world-renowned audiophile speakers and have developed a taste for sports cars over the years. I maintain social squash and am a keen skier and diver. I have completed co-authorship of a book and continue with lecturing and as a university mentor.

Mentors/role models
(GE): The late John Frost was both a mentor and role model. 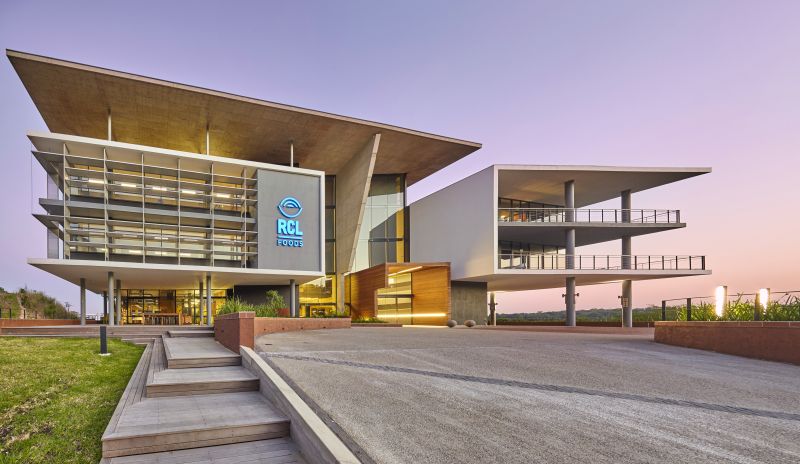 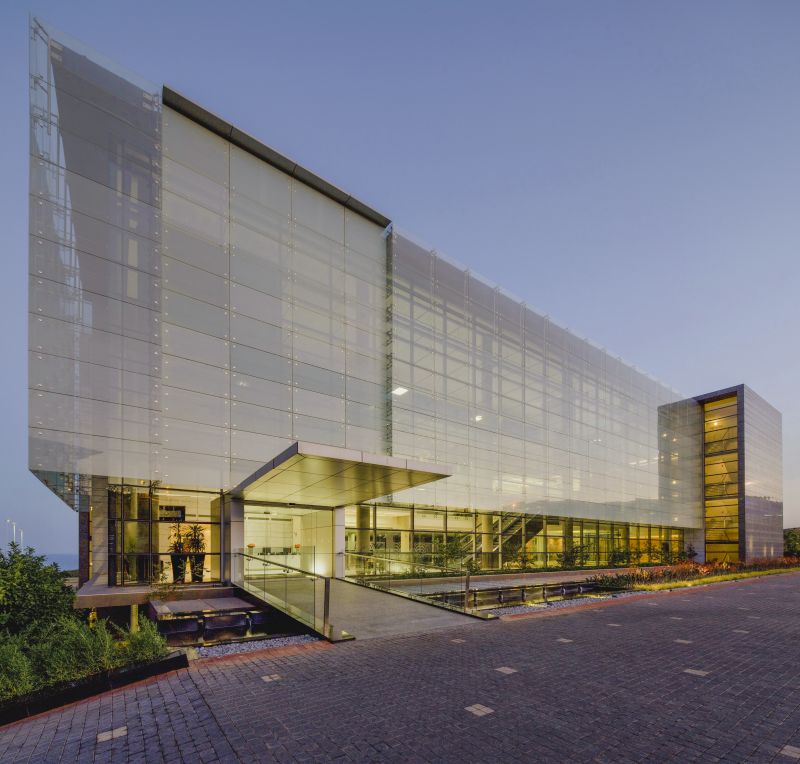 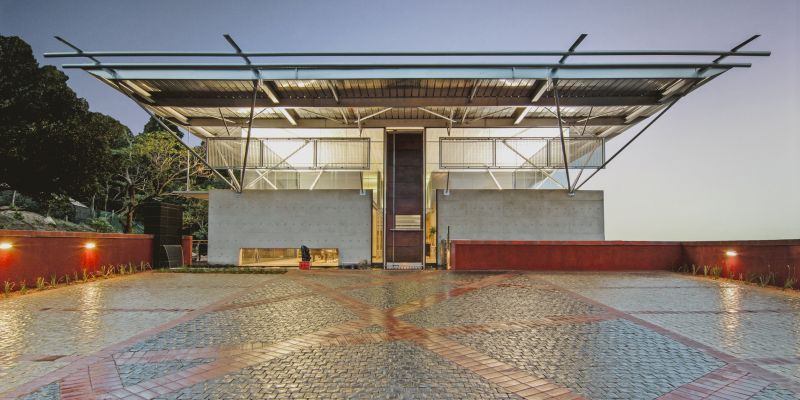 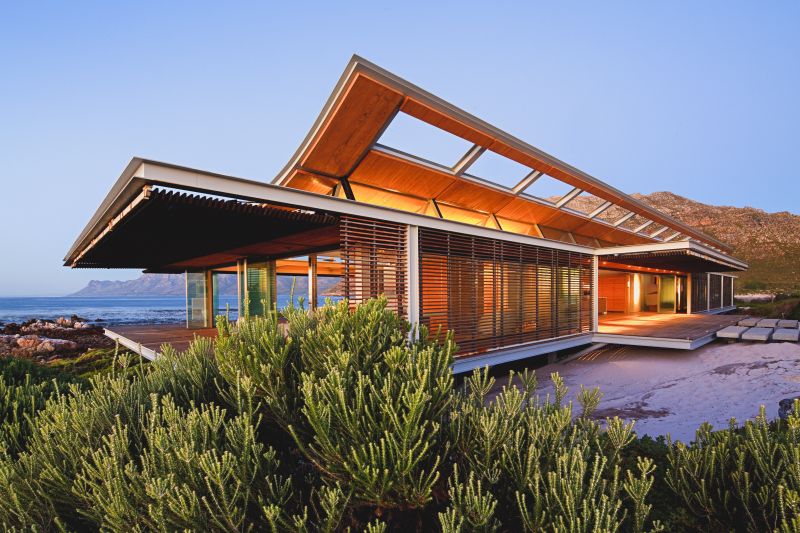 • The extraordinary and innovative landmark Rooiels beach house amongst the fynbos on an exposed rocky peninsula is “a one-room deep space” in its purest form.
• With nearly every single component purpose designed and specially made, this elevated glazed pavilion is characterised by its hull-shaped timber clad ceiling, sub-divisible internal spaces foiled with mechanically operable timber solar screens and minimal environmental footprint.
• The Rooiels Beach House has won Design et al: International Design & Architecture Award 2014 and the SAISC National Steel Awards 2013. 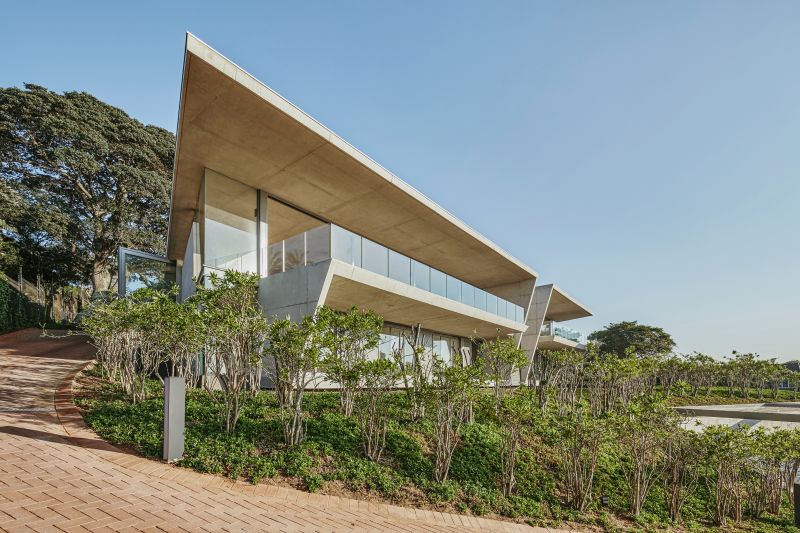 The benefits of acoustic office flooring

Safer play areas for the children of PE

The iconic appeal of Italian design