Paris studio Lemoal Lemoal Architectes has completed a half-timbered changing pavilion at the Garden Tennis Club of Cabourg on the north coast of France.
Built to contain changing facilities and toilets needed by the tennis club, the pavilion is designed to be a contemporary reinterpretation of the traditional half-timbered buildings found in Normandy. 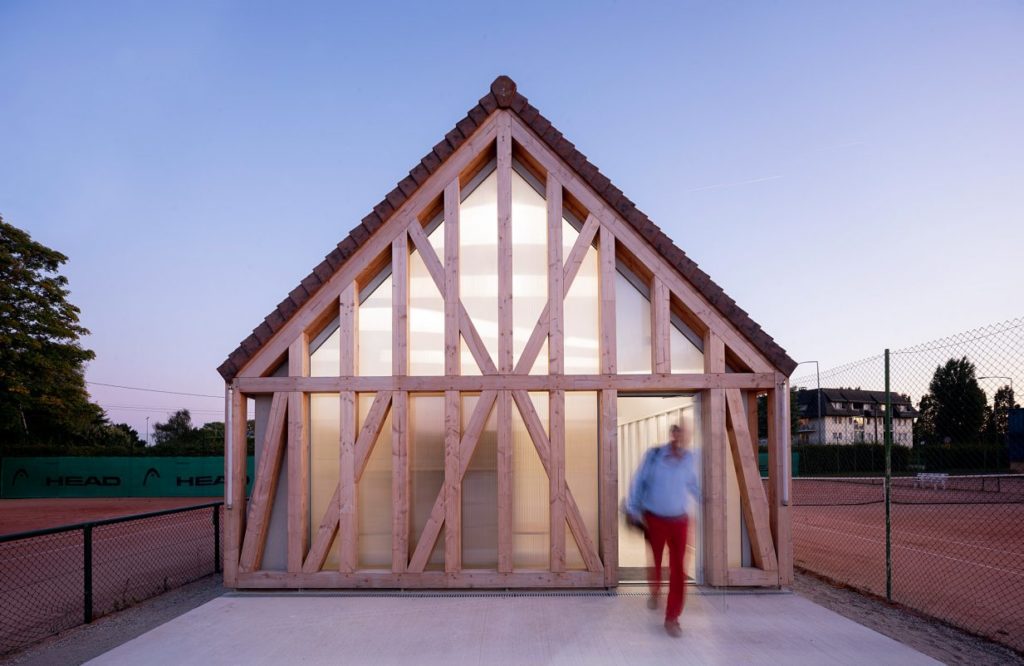 “Half-timbered architecture is a local, old way to build in Normandy, which combines a timber structure with a brick or earth filling,” said Christophe Lemoal, co-founder of Lemoal Lemoal Architectes.

“Our conceptual idea of this project is to keep the timber structure and to highlight it by removing the filling and have a second wall set back behind,” he told Dezeen.

The small pavilion is constructed with wooden exposed beams and studs, which, unlike in traditional half-timbered construction, are left unfilled.

Behind this framework, a double skin of translucent polycarbonate acts as the rain screen and turns the building into a light box. 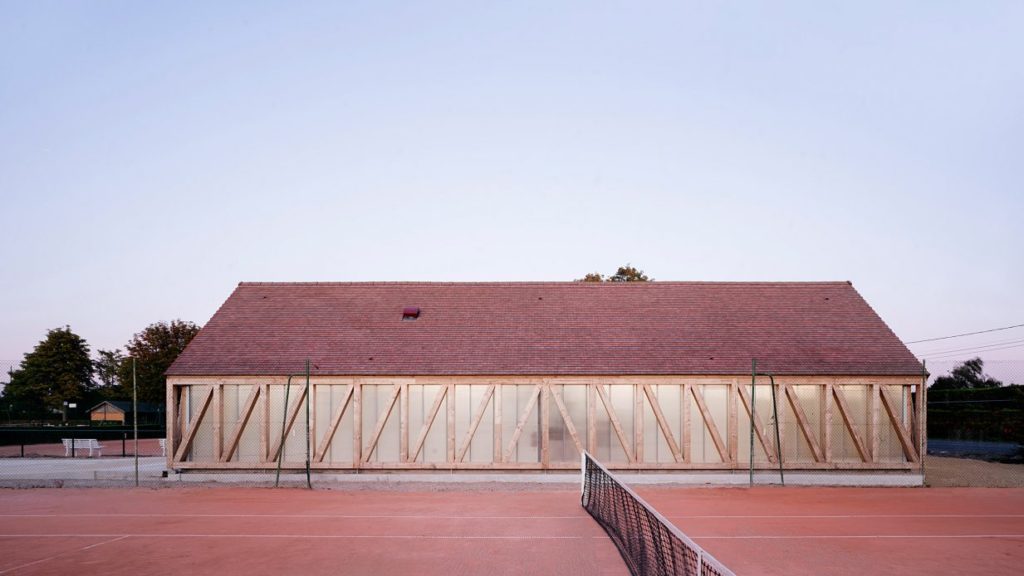 “The building is contemporary because of the way we transformed a traditional local way of building,” explained Lemoal.

“The structure reduced to its minimum. The project is also minimal, one outside structure, translucide wall and a roof!”

Along with the traditional timber frame, terracotta tiles were chosen as they could be manufactured locally in the town of Bavent. 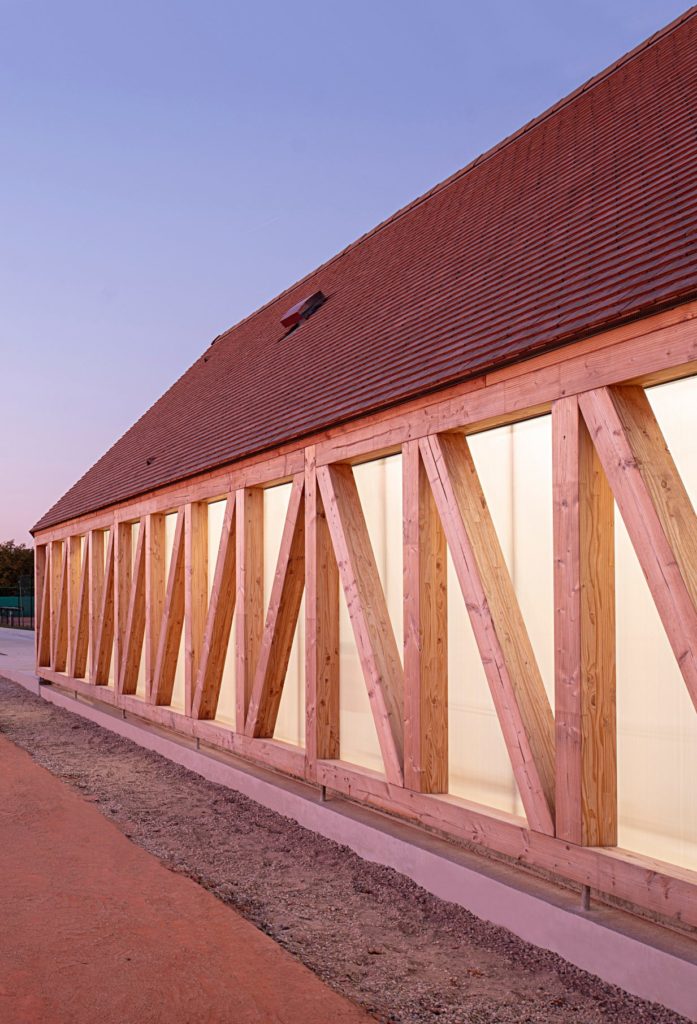 “We always work with local materials on our projects, the timber and terracotta are an old and local way of building in Normandy,” said Lemoal.

Inside, the building is split into male and female sections, which both have separate entrances. Both parts have a changing area and toilets placed alongside a corridor that runs the length of the building. 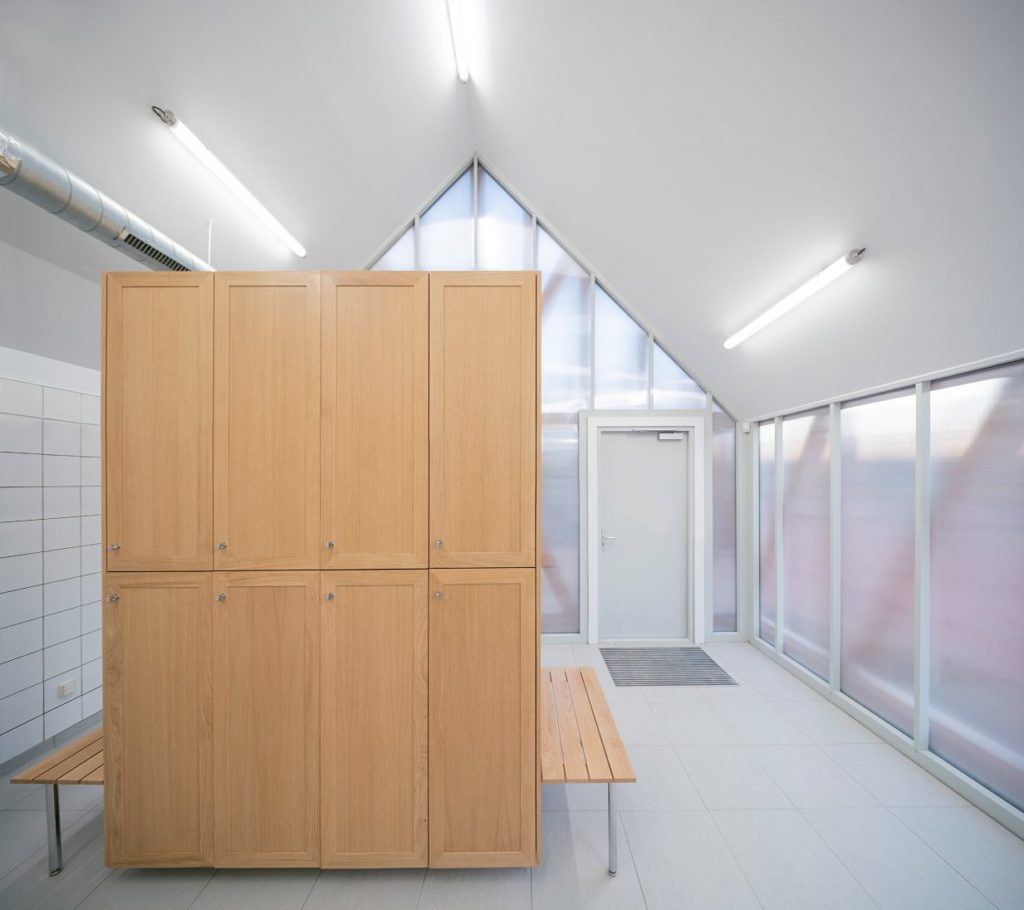 The all-white interiors combined with the polycarbonate walls create bright spaces within the small building.

“The polycarbonate is the third material on the project, it is the answer to make this building a glass box keeping the privacy of the users,” explained Lemoal.

“The building has to be translucent to answer to the program of cloakrooms,” he continued. “From outside, we can’t see anything inside and from inside we have a lot of light. Cloakrooms are usually reduced to back scene in building.” 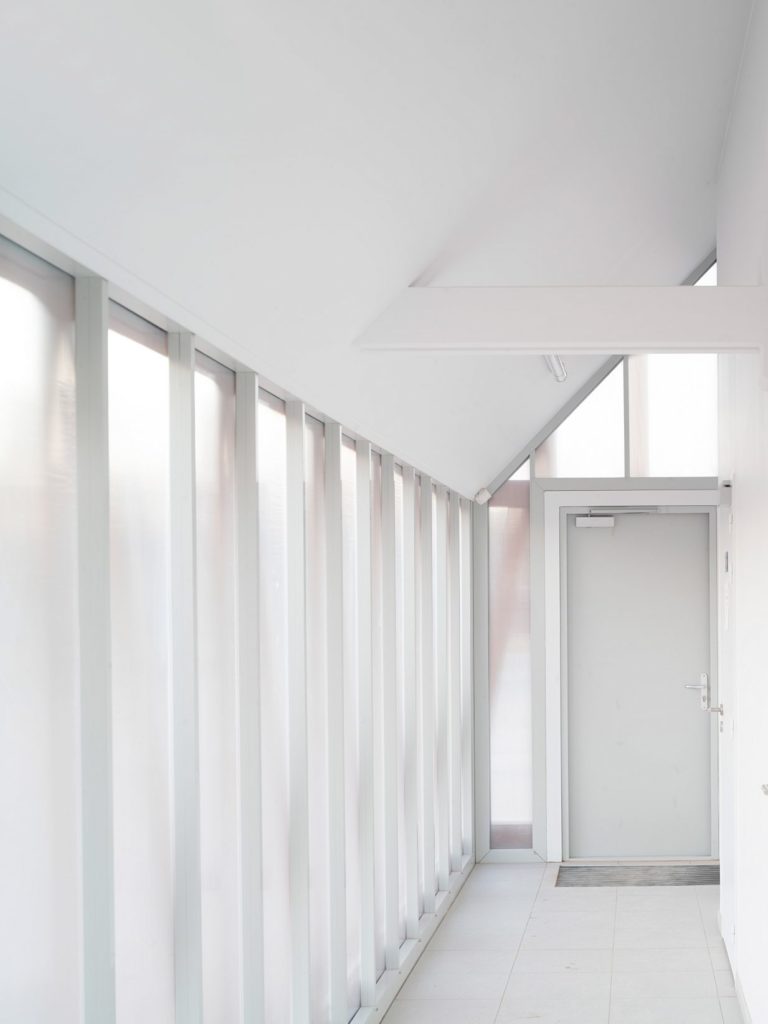 Lemoal Lemoal Architectes is a Paris-based studio that was established by Christophe Lemoal and his brother Jesse in 2010.
The Garden Tennis Club of Cabourg is now part of the Circuit National des Grands Tournois de tennis in France. Last year Marc Mimram Architecture & Associés incorporated greenhouses the stands of the Court Simonne Mathieu at Roland Garros, home of the French Open.

Full thanks and acknowledgement are given to www.dezeen.com some of the information in this article.

Photography is by Javier Callejas.