The designers behind the facade

JML was the company behind the design, supply and installation of the glass curtain wall. It was designed specifically for the gallery, using a transom extrusion. The transoms are supported laterally with the help of struts that are all jointed to a steep steel column with pins.

There is also plenty of vertical support in the form of a cable suspension system. The glass wall has been crafted by a series of conical shaped structures which artfully intersect one another. Furthermore, the vertical joints which can be found between the glass panels are all silicone-butt jointed. 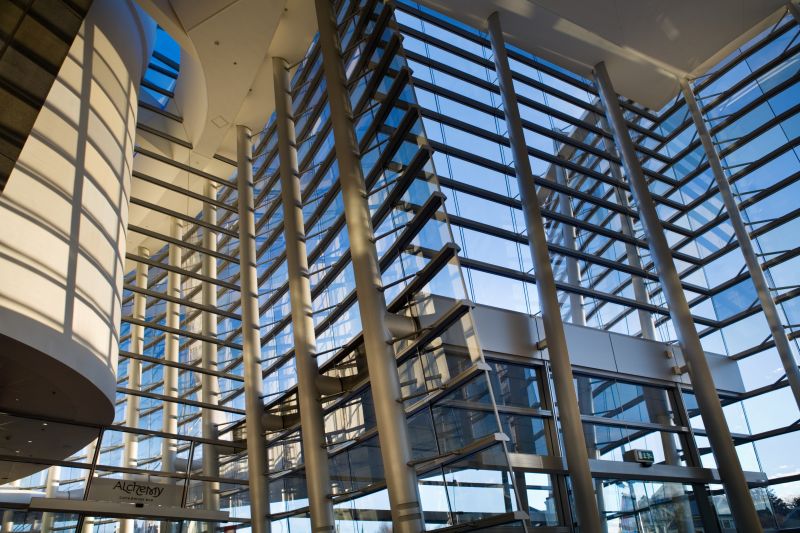 What inspired the facade?

The curved form of the gallery’s facade is said to have been influenced by two important aspects of the Christchurch public. Firstly, it is said to emulate the curvaceous koru of the Maori culture. The koru is a stylised motif most commonly seen in Maori carving and tattooing. The motif is essentially a replication of a sinuous, free-flowing fern leaf.

Secondly, the building’s facade is crafted to emulate the River Avon and its fluid, graceful movements. The river flows calmly through the Christchurch city centre and is often referred to as the lifeblood of the community. There are some residents who even believe that it has healing properties. This, in particular, is quite fitting when aligned with the Christchurch Art Gallery. 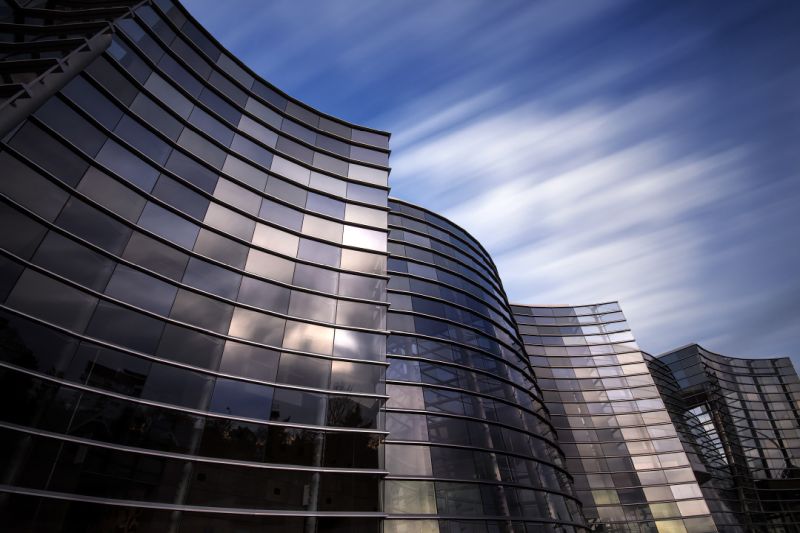 The shimmering facade is made of an artful combination of metal and glass.

The gallery was, after all, built in glass following the 2010 Canterbury earthquake, and the February 2011 Christchurch earthquake which shattered its original foundation almost beyond repair. The building subsequently underwent a repair programme of re-levelling and strengthening, which cost an estimated $59,2 million and took almost five years to complete.

Most people would be extremely worried about erecting a glass building, considering how susceptible the area has been to earthquakes in the past. However, the engineers involved in the construction of the facade, and the building in general, have taken extra precautions to ensure that the gallery is resistant to such seismic events, and even sturdier than some of the bricks and mortar buildings that surround it. 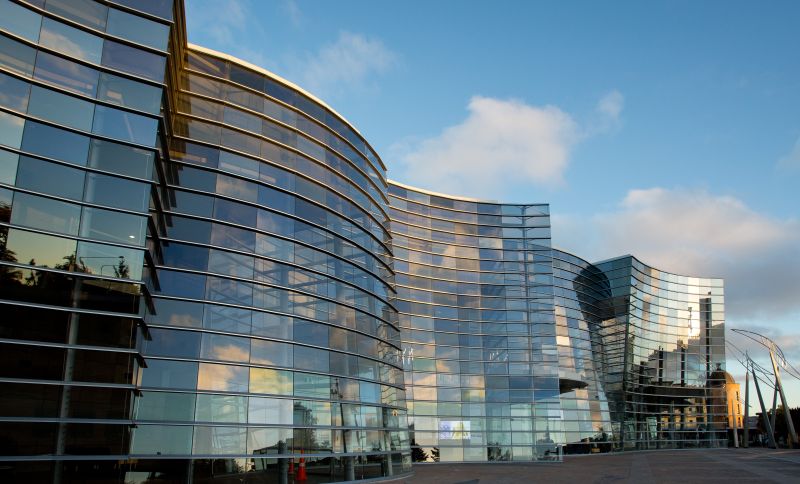 The free-flowing form of the gallery is said to emulate both the Maori koru and the River Avon.

“Base isolating the Christchurch Art Gallery has been fundamental for restoring its primary business and reputation to exhibit and protect priceless works of art worthy of an international stage,” comments Stephen Hogg, Aurecon’s building expertise leader.

“It is the first base-isolation retrofit project in New Zealand to use triple-pendulum, double-concave sliding isolators. The design team overcame many geometrical and structural complexities in order to effectively deliver a complete solution.”

Unsurprisingly, the building – which is home to nine exhibition areas, as well as an auditorium, education workrooms, a reference library, a restaurant, shops and an extensive area for collection storage – has won numerous awards for its exceptional design, both from an aesthetic and a functional viewpoint.

In 2016, it was awarded the International Project of the Year Award at the Ground Engineering Awards in London, as well as the Silver Award at the ACENZ Innovate Awards of Excellence.

Full thanks and acknowledgement are given to www.craft-group.com, www.aurecongroup.com and www.christchurchartgallery.org.nz  for some of the information included in this article.

How flooring prep affects your guarantee

Green roofing the way to go in the...